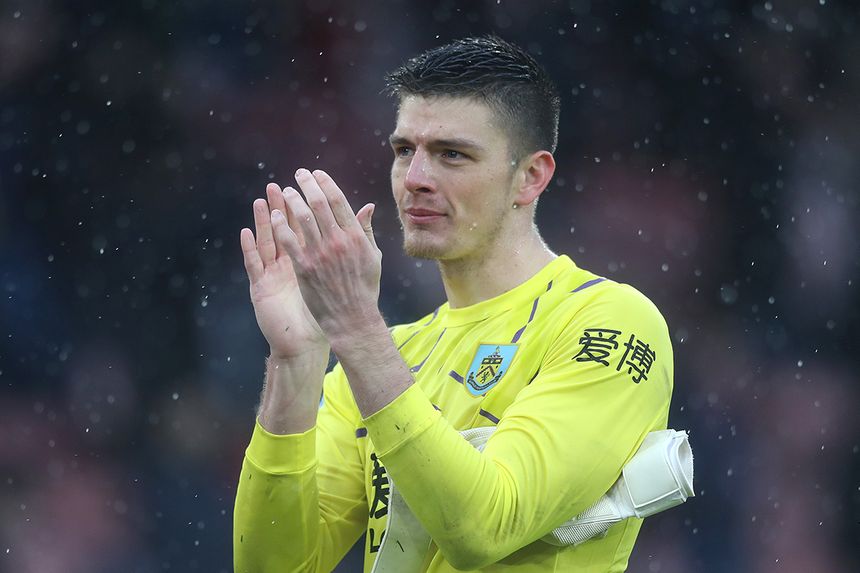 Nick Pope will earn at least a share of the Golden Glove award if he keeps his 16th clean sheet of the season against Brighton & Hove Albion on the final day.

If he succeeds, the prize will be a fitting reward for a tremendously consistent campaign.

Burnley's No 1 stays deeper in his penalty area than many Premier League goalkeepers.

He is generally unlikely to rush out to narrow angles, preferring to stay close to his goalline to make saves. From those positions, he stands big and uses his long limbs to great effect.

Pope is particularly good at using an outstretched leg to thwart forwards who attempt low shots. Indeed, no other top-flight 'keeper has made as many saves with their feet.

The England international's other distinctive strength is his confidence at coming to collect crosses.

This is useful because the way Burnley set up as a side often invites crosses.

Pope's dominant style reassures his team-mates and regularly relieves pressure. No one else comes close when it comes to catching crosses.

Sean Dyche's players all deserve credit for helping to keep 15 clean sheets this season, but the Clarets have often relied on their goalkeeper.

Only three Premier League goalkeepers have made more than Pope's 118 saves, with Martin Dubravka, Tim Krul and Aaron Ramsdale recording 137, 128 and 125 respectively.

With this in mind, his clean-sheet tally is perhaps more impressive than that of Ederson, who is level with Pope on 15 shutouts but has faced just 64 shots.

Pope's 70.7 per cent save ratio is also better than that of his Manchester City counterpart, who has stopped 69.6 per cent of efforts on his goal.

However, in that category, the Clarets man is only ranked 10th among 'keepers who have featured in at least eight matches.

A shoulder injury meant Pope did not play at all last season, but he has bounced back brilliantly, playing every Premier League minute of 2019/20.

Since regaining his No 1 status at Turf Moor, the 28-year-old's confidence has soared.

And there can be no doubt that he is now one of the most reliable and well-rounded goalkeepers in the division.