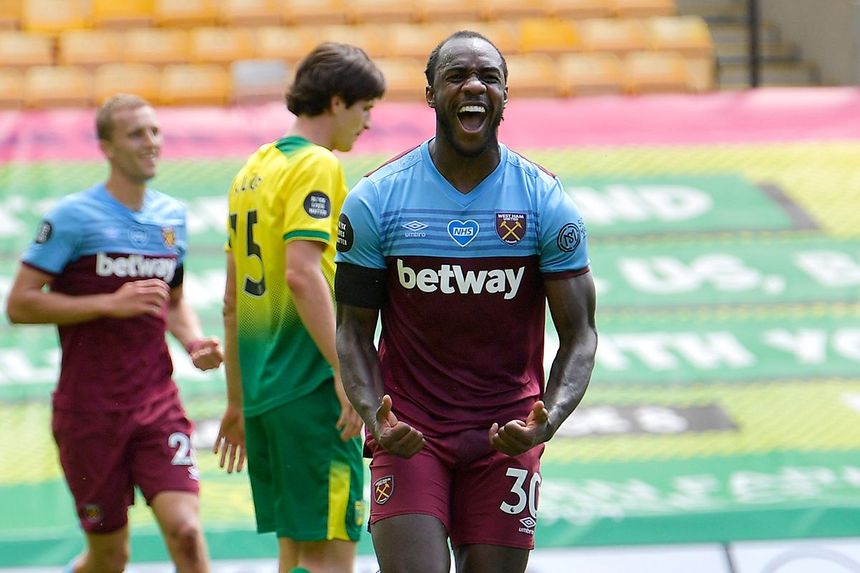 Norwich City were relegated from the Premier League as Michail Antonio scored all four goals in an away win for West Ham United.

Antonio gave the visitors an 11th-minute lead at Carrow Road when he stroked in Issa Diop's flick-on, before he added a second in first-half stoppage time with a header from Mark Noble's free-kick.

Antonio's first career hat-trick came nine minutes after the restart when he headed in after his initial effort had been saved by Tim Krul.

He then became the first player to score four times in an away match since Harry Kane at Leicester City in April 2017 as he swept home a Ryan Fredericks cross.

It means Norwich drop out of the Premier League for a record fifth time, but boosts West Ham's chances of safety as they climb six points above the bottom three.