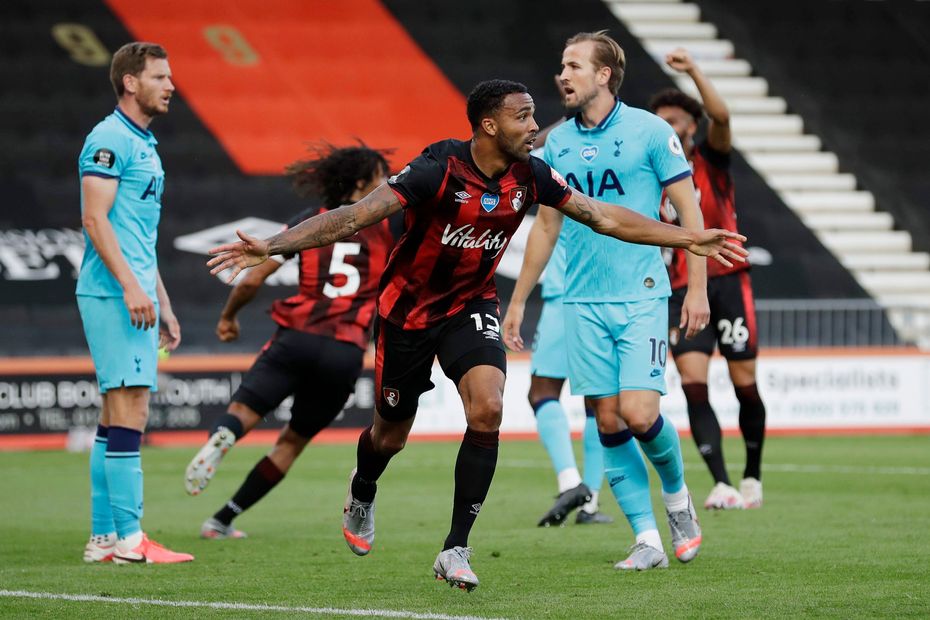 AFC Bournemouth's Callum Wilson had a late goal ruled out for a handball by his team-mate Joshua King in a dramatic end to a goalless draw with Tottenham Hotspur.

Spurs had an early penalty appeal turned down as Harry Kane was challenged by King at a set-piece.

But chances then became difficult to come by as Eddie Howe's hosts battled for safety.

The Cherries nearly turned a valuable point into a huge victory late on.

In the final minute of normal time, Wilson scored with an overhead kick but his strike was ruled out after a VAR review due to the ball striking King's hand on its way into the net.

More drama followed as in the sixth minute of stoppage time when Hugo Lloris made a superb save to deny Harry Wilson in a one v one.

AFC Bournemouth climb a place to 18th on 28 points, three points from safety.

Spurs are ninth on 49 points.