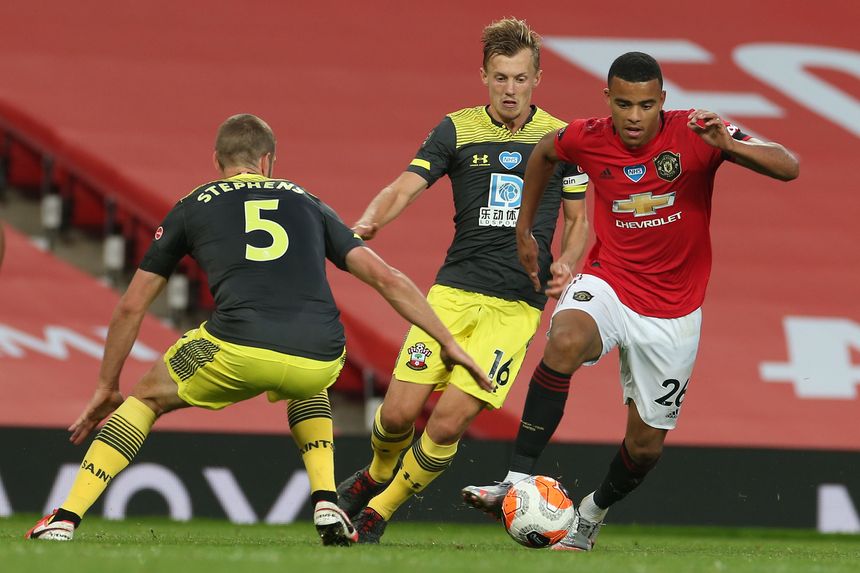 Man Utd striker was most popular transfer in for Gameweek 35+ but blanked, while team-mate Rashford punished his many sellers

Daily Scout Notes: 13 July
FPL Podcast Ep 37: Is it time to cash in those chips?

Transferred into more than 433,000 Fantasy Premier League teams for Gameweek 35+ there were high hopes for Mason Greenwood (£4.9m), but the Manchester United striker failed to reward the faith of managers by blanking for the first time in four Gameweeks during his side's 2-2 draw with Southampton on Monday night.

Jamie Vardy (£9.8m), on the hand, proved a wiser investment, repaying the 278,000+ FPL managers who transferred him in with a goal and seven points in Leicester City's 4-1 defeat at AFC Bournemouth.

Willian (£7.3m) was the third most-acquired player, gaining more than 226,000 new owners, having been in sparkling form for Chelsea since the restart with four goals and two assists.

But that form did not continue at Bramall Lane as the Blues were defeated 3-0 by Sheffield United, Willian securing only two points.

GW35+ most transfers in

FPL managers ran out of patience with Raul Jimenez (£8.1m), with more than 250,000 showing him the door after a run of three successive blanks.

But Jimenez punished his sellers, scoring a penalty in Wolverhampton Wanderers' 3-0 home win over Everton on Sunday.

His team-mate Adama Traore (£5.6m) was also shipped out in large numbers after three blanks of his own.

And the FPL managers who parted company with the winger would have breathed a sigh of relief as he hit the crossbar at close range late on against the Toffees, blanking again.

Despite producing one goal and two assists since the restart, Marcus Rashford (£9.0m) was the second most-sold player.

Costing £4.2m more than Greenwood, managers preferred the better value offered by the teenager but, like Jimenez, Rashford responded in style, scoring the opening goal against Southampton and earning a bonus point for his efforts.

For a record 13th time this season Mohamed Salah (£12.6m) was the most popular captain pick, but the Liverpool midfielder had a frustrating Saturday afternoon against Burnley.

Following his season-high 18 points against Brighton & Hove Albion, the Egyptian was trusted with the armband by more than 1.2million FPL managers.

But Salah could not find his way past an inspired Nick Pope in the Clarets goal and delivered only two points.

Bruno Fernandes (£9.0m) was the No 1 choice among the top 100 FPL managers and the second overall.

The Man Utd playmaker has averaged an impressive 9.4 points per match this season and has blanked in only two of his 10 appearances.

He did not blank against Southampton but given recent displays managers who captained him would have been hoping for more than the assist he returned on Monday night.

Kevin De Bruyne (£10.8m) completed the top three captains overall but he also disappointed for those who gave him the armband.

Despite Manchester City claiming a 5-0 win at Brighton, the Belgian was not involved in any of the goals and delivered a total of three points.

The 25-year-old claimed a hat-trick and delivered 21 points.