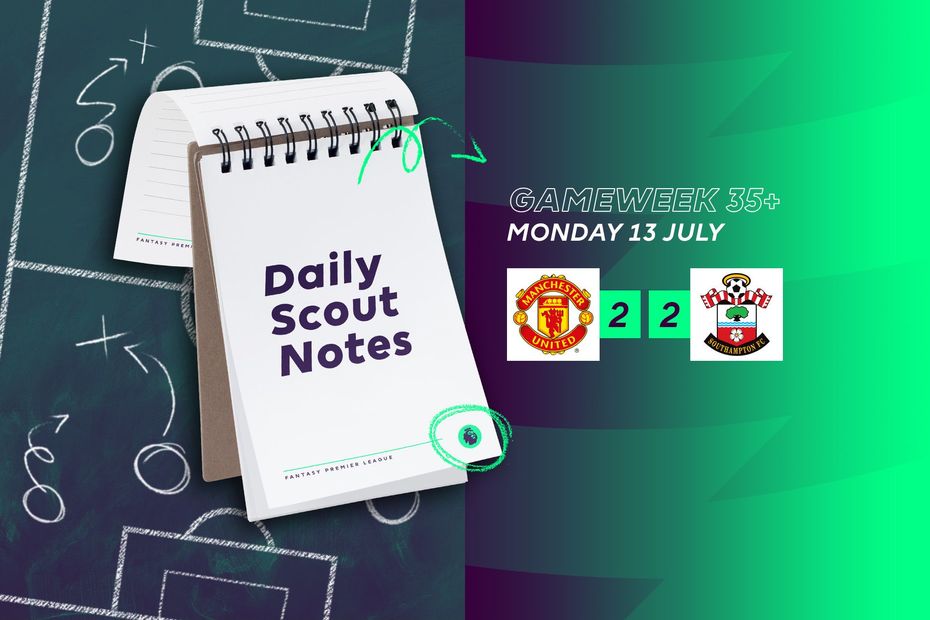 The Frenchman supplied the assist for Marcus Rashford’s (£9.0m) goal before scoring the second, earning a 13-point return.

Martial has now found the net in each of his last five outings at Old Trafford, totalling 64 points.

Meanwhile, Bruno Fernandes (£9.0m) had to settle for just an assist against the Saints.

The Portuguese was the second-top captain pick for Gameweek 35+, having produced three successive double-digit returns.

However, it was a disappointing evening for Mason Greenwood (£4.9m), the most-bought player in the Gameweek.

The teenage striker earned over 433,000 transfers in but recorded his first blank in four matches.

In defence, Man United have worries at left-back for their visit to Crystal Palace. Luke Shaw (£5.4m) was forced off with a knock, while his replacement, Brandon Williams (£3.9m), sustained a head injury.

For Southampton, Stuart Armstrong’s (£5.2m) opener took his tally to three goals and two assists in his last five starts.

And the remaining schedule suggests he can continue to offer excellent value.