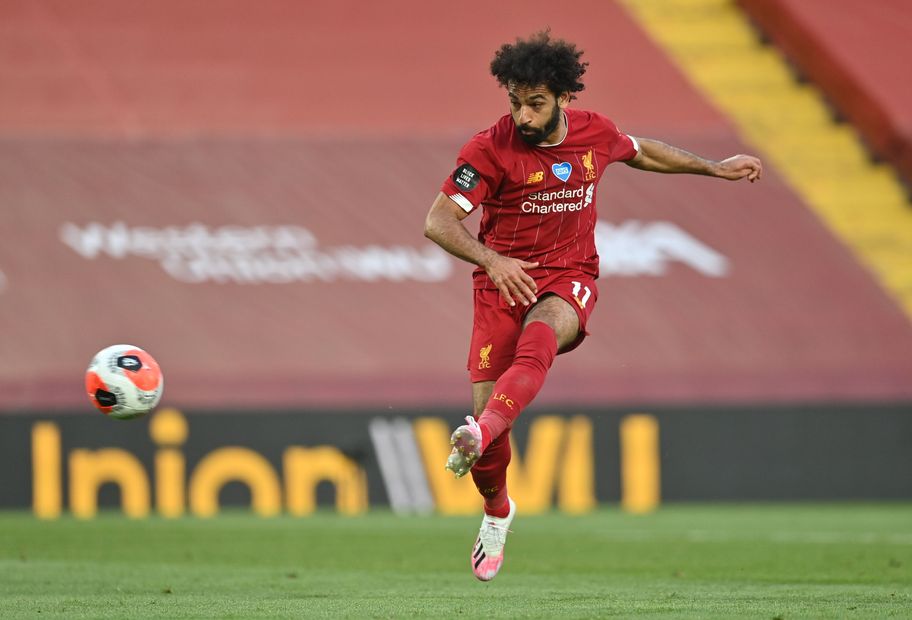 Henderson: We expect more from ourselves External Link

Liverpool suffered only their second Premier League defeat of the season when they lost 4-0 at Manchester City, but have won their last 23 home league matches.

Aston Villa are without a win in their last eight league matches, but have only lost one of their last five top-flight meetings at Anfield.

Dean Smith will be without Matt Targett (hamstring) after he sustained an injury in the defeat to Wolverhampton Wanderers.

Liverpool remain without Joel Matip but Xherdan Shaqiri and Dejan Lovren could be available.

Jurgen Klopp has vowed to continue playing his "best XI" for the rest of the season despite his side already securing the title.

If Mohamed Salah finds the net he will become the second-fastest player to reach 50 home Premier League goals, doing so in 59 matches. Alan Shearer took 47 matches to achieve that total.

Liverpool have lost just one of their last 24 home Premier League matches against teams in the relegation zone. That defeat came against Swansea City in January 2017 when the Reds were beaten 3-2.

Aston Villa have only lost one of their last five Premier League away matches against Liverpool, winning two and drawing two.

Aston Villa are without a win in eight Premier League matches (D2 L6). This is the longest current winless run in the competition.