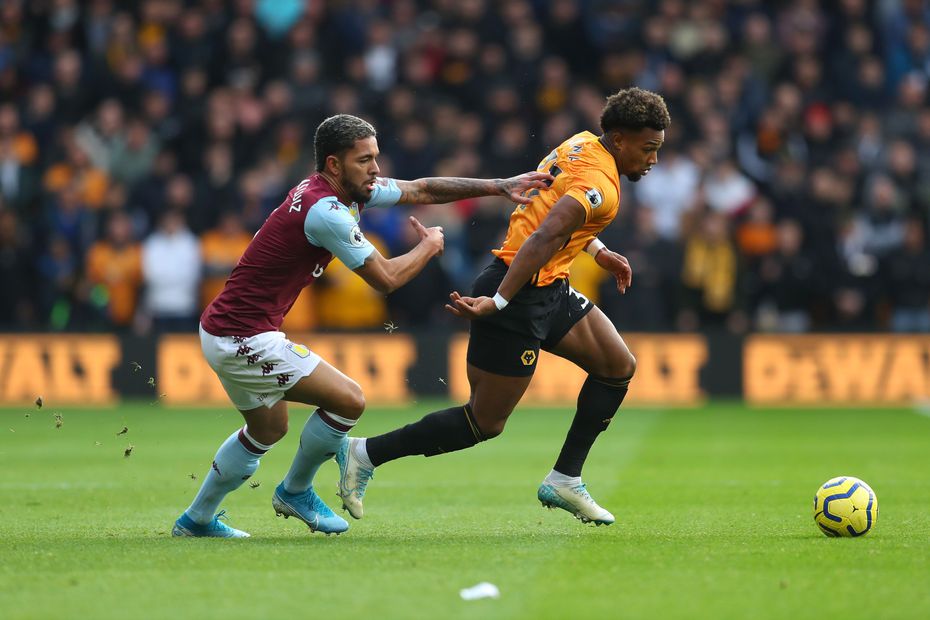 Nuno reveals how his team are preparing for Villa External Link

Having grabbed a late equaliser at Newcastle United on Wednesday, another draw would take Aston Villa out of the relegation zone.

Sixth-placed Wolverhampton Wanderers are targeting a third straight win and clean sheet since their return to action as they battle for a top-four spot.

Frederic Guilbert, Danny Drinkwater and Henri Lansbury have recovered from their respective injuries and could feature for Aston Villa.

Wolves report no fresh injury concerns ahead of their trip to Villa Park.

Aston Villa have lost just one of their last 14 home matches against Wolves in all competitions and beat their Midlands rivals at Villa Park in the EFL Cup this season.

Villa have won more fouls than any other Premier League side this season, with 411. Of those, 35 per cent have been earned by Jack Grealish alone, with 144.

Raul Jimenez has scored the winning goal in Wolves' last three Premier League victories. No player has hit more winners in the competition this season than his seven.