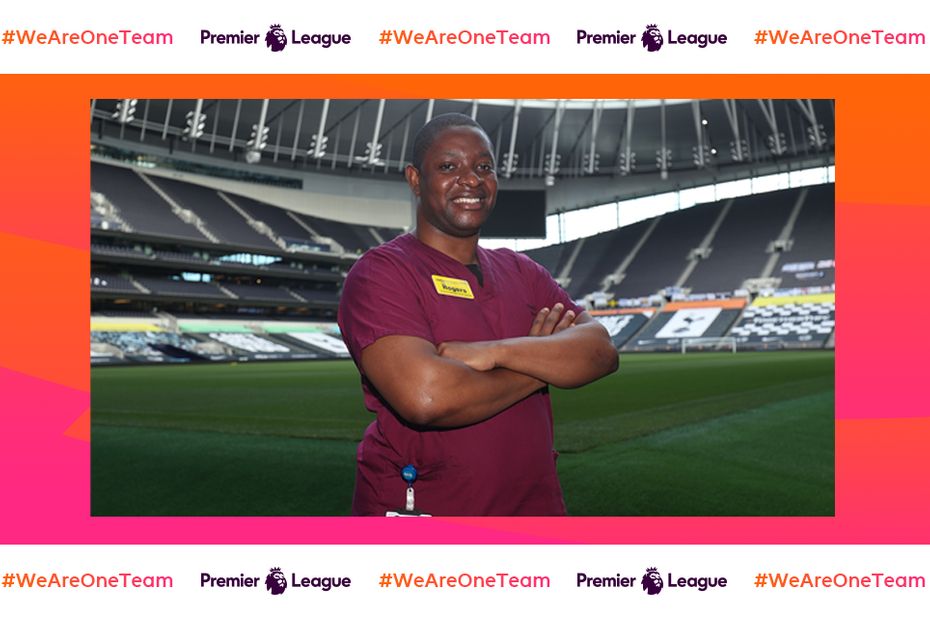 Club ensures NHS services can remain at stadium when football returns External Link
Coronavirus, clubs and community
How our clubs have been helping the NHS

After five years as an ultrasound manager and clinical specialist at the North Middlesex University Hospital in Edmonton, north London, Rogers Kalende never imagined he would work in a football stadium.

But since the middle of March, Rogers's team is just one of the hospital's departments that has moved to the nearby Tottenham Hotspur Stadium.

The move is part of Spurs' ongoing commitment to provide facilities for vital NHS services during the coronavirus pandemic and the benefits to Rogers' work have been crucial.

"We didn't really expect this to happen and when I first heard about it, I thought it might have been a joke," he says. "We were thinking, 'Where are we going to be, on the pitch?'

"But then we had our tour and were shown the spacious rooms where we would have the scanning service. They were beautiful and had all the requirements we needed for the patients. It was ideal."

The women's outpatient department is set up in the media section of the stadium, giving it access to the interview, conference and NFL changing rooms, while the patient waiting area is located in the media restaurant.

And having a place that allows their maternity clinics such as antenatal care to be run has made sure that patient care has not been compromised.

"We were noticing quite a concerning trend in that patients did not want to attend their appointments," Rogers says. "They had the illusion that the hospital was not safe for them or their babies. They would rather be at home than come to the hospital where there have been cases of coronavirus.

"The patients have felt more comfortable because they are not in the hospital and we have had increasing numbers of patients who want to register. It's a huge thing, especially given the circumstances and challenges that we've had to face.

"We have ensured that our patients are still safe. There is still continuity of care. It has been really amazing."

That continuity has led to patients being diagnosed with conditions that otherwise would have gone undetected.

"We have had some women whose babies have had abnormalities that we were able to detect," Rogers says. "If we were at the hospital and these women had decided not to attend, we could have missed these abnormalities.

"Coming here to the Tottenham Hotspur Stadium has really made a difference."

Premier League action may have returned last week but that doesn't mean the assistance to the local NHS has stopped, with Tottenham Hotspur working hard to ensure Rogers and his team can continue to use the stadium.

"The hospitality at the stadium has been phenomenal," Rogers says. "Everything we have needed has been made available.

"Working in such a beautiful environment just boosts your ego and you always want to go into work.

"We haven't taken it for granted and we are so thankful to the management at Tottenham Hotspur for this special support they've given to the NHS."