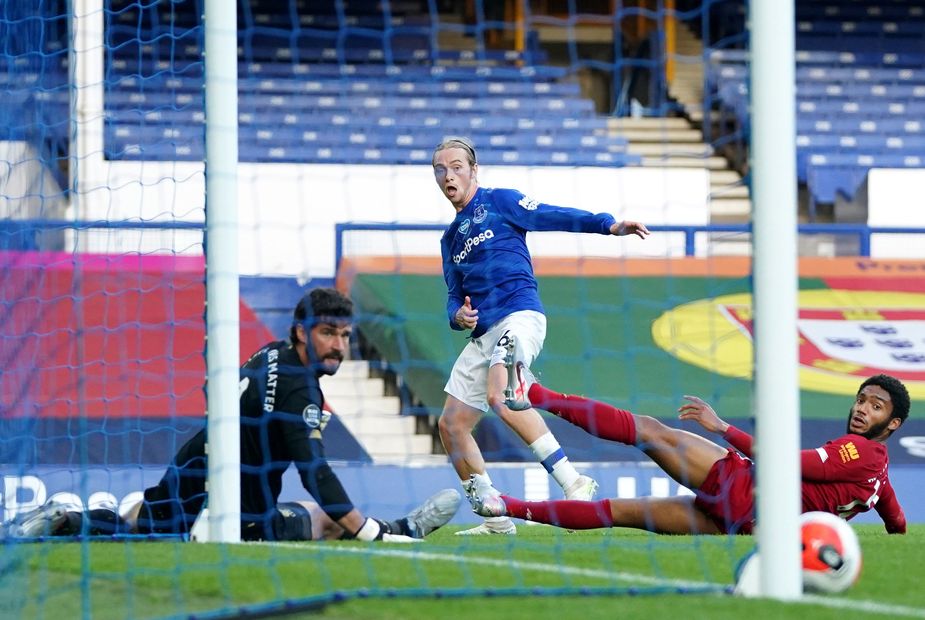 Report: Everton back in action with derby stalemate External Link
When can Liverpool win the Premier League title?

Everton became just the third side to take points off Liverpool this season as they earned a goalless draw in the Merseyside derby.

Roberto Firmino dragged his shot wide in a first half of few clearcut chances, as an injury to Liverpool’s James Milner ended his match before half-time.

In the second half, the best opportunities went Everton's way as Dominic Calvert-Lewin was denied by a low save from Alisson and Tom Davies struck a post on the follow-up.

Calvert-Lewin headed wide before Richarlison had a further effort blocked.

Liverpool had a Fabinho free-kick tipped over by Jordan Pickford in stoppage time.

With Liverpool dropping points for a second successive away match, the earliest they can win the title is on Wednesday, if Manchester City lose to Burnley on Monday night.

Liverpool are on 83 points, 23 above City, who have nine matches left. Everton are 12th with 38 points.