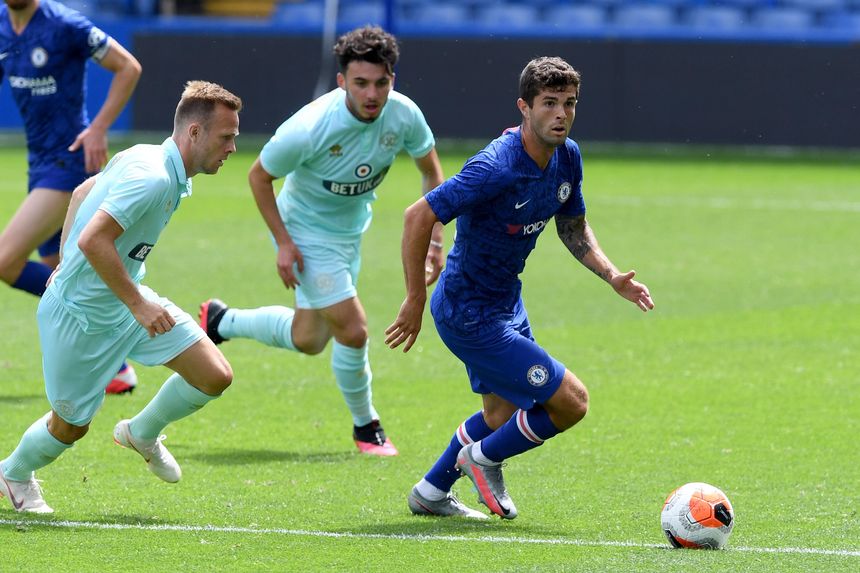 The return of the Premier League is just days away and clubs have been finalising their preparations for the resumption of the season with friendly matches.

Manchester United played another team at Old Trafford for the first time in 13 weeks as they took on West Bromwich Albion. You can watch some epic skills from Marcus Rashford and a great goal from Andreas Pereira below.

Chelsea have been stepping up the intensity, beating Queens Park Rangers 7-1 on Sunday after winning 1-0 against Reading earlier in the week. You can watch highlights of the latter below.

Leaders Liverpool showed no signs of rustiness as they swept aside Blackburn Rovers 6-0 at Anfield, including a goal from Takumi Minamino.

Southampton beat Bristol City 3-2 with Danny Ings warming up for the race for the Golden Boot by scoring the winning goal, while Angus Gunn saved a penalty.

Norwich City and Tottenham Hotspur played against each other and before that the Canaries got back into the swing of things with an intra-squad friendly. Watch all six goals, including a screamer from Timm Klose, below.

Team-mates also went up against one another at Goodison Park, where Everton returned to play an 11 v 11 training match ahead of the Merseyside derby on 21 June.

Newcastle United beat Hull City 2-0 thanks to goals from Florian Lejeune and Allan Saint-Maximin. You can watch the latter's strike below.

Etienne Capoue and Ismaila Sarr were among the goals as Watford beat Brentford 2-0.

And Arsenal were also in action against Brentford as they prepared for Wednesday's match against Manchester City.