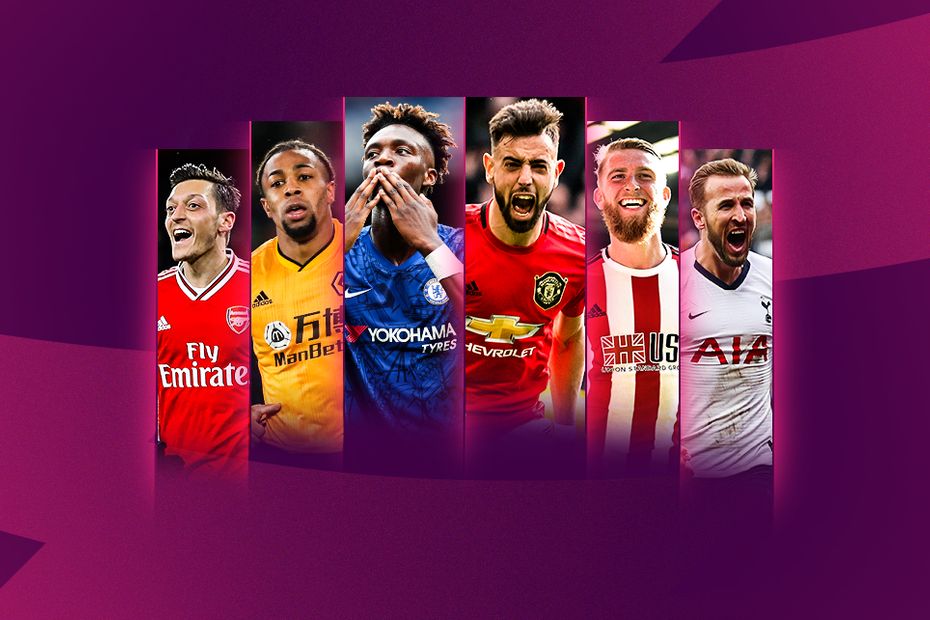 There is everything to play for in the battle for the top-four places as the Premier League restart approaches.

Providing all safety requirements are in place, the season will resume on Wednesday 17 June.

While leaders Liverpool have a 25-point lead over second-placed Manchester City, who have some room for error in the top-four race along with Leicester City in third, there is an intense battle developing behind the top three.

Fourth-placed Chelsea are under pressure from a tightly bunched chasing pack, with ninth-placed Arsenal lying eight points behind with a match in hand.

Those who miss out on the top four could secure the consolation prize of a place in the UEFA Europa League.

Battle for the top four

Like Arsenal, high-flying Sheffield United have an extra fixture to play, and the promoted side would leapfrog Manchester United into fifth with a win at Aston Villa next Wednesday.

Chris Wilder's Blades, Ole Gunnar Solskjaer's Red Devils and Jose Mourinho's Tottenham Hotspur will then go head-to-head in quick succession, all playing each other within the space of two weeks between 19 June and 2 July.

Those three meetings are among 14 battles scheduled to take place between the teams ranked second to ninth.

Sheffield United have five such encounters ahead of them, more than any other club in the pack, while Spurs, Leicester and Arsenal have four.

Spurs have been boosted by the return from injury of Steven Bergwijn, Harry Kane, Moussa Sissoko and Son Heung-min.

But Kane is fully aware of the challenge facing the club in the last nine matches as they seek to improve on their position of eighth.

"We've got a massive game against Man Utd in the first game, and realistically we're probably going to have to win around seven or eight to have a good chance to get into the Champions League," he said on Spurs' official Twitter feed.

Meanwhile, the task for Chelsea and Arsenal is made more difficult by the fact that they must both face Liverpool and Man City.

The battle for the top-four places and other European spots may well go down to the final Matchweek, when Frank Lampard's Blues face Wolverhampton Wanderers and Leicester take on Man Utd.

Part 1: When can Liverpool win the Premier League title?
Part 3: Relegation battle set to go to the wire