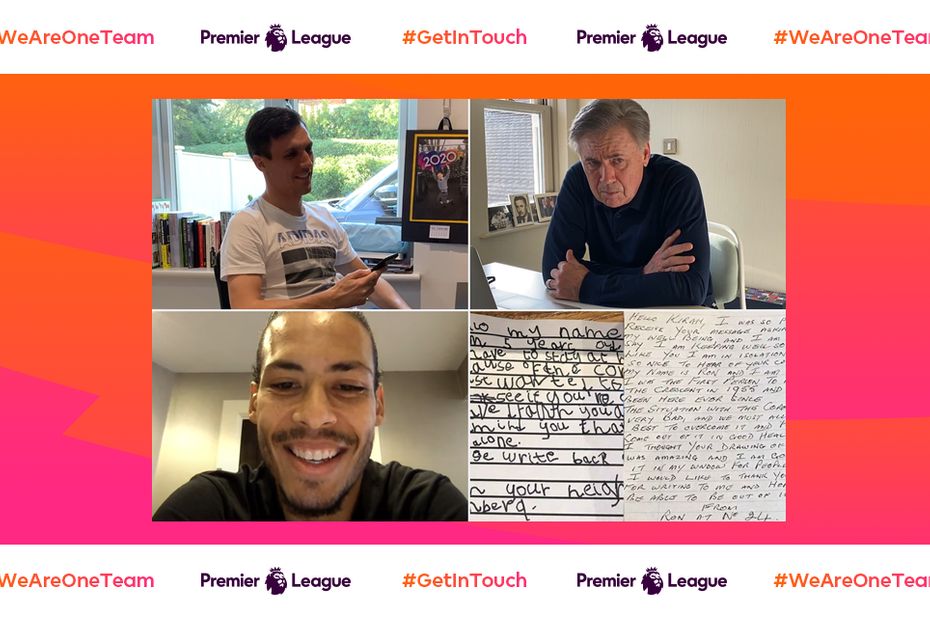 Since the lockdown started in the UK, Premier League players and managers have been getting in contact with elderly fans to help them keep connected and ease anxiety and feelings of isolation.

"They didn't know it was me for the first 10 minutes!" Cork said. "They thought they were just having a chat with someone from Burnley.

The Premier League is launching its #GetInTouch campaign as part of the PL Primary Stars Friday Family Challenge.

It calls on football fans to contact an older relative, friend or neighbour, either by letter or by phone, to show their support for those who may be feeling isolated.

Staying connected through the pandemic is an important way to encourage positive mental wellbeing. The #GetInTouch campaign follows on from the launch of the online Premier League #StayWell hub last week.​

"You never know, really, what people are going through," Cork said. "And just to make a phone call or send a message every day, it's not hard.

"It's easy to do, and it makes their day for them. Talking helps a lot more than people realise."