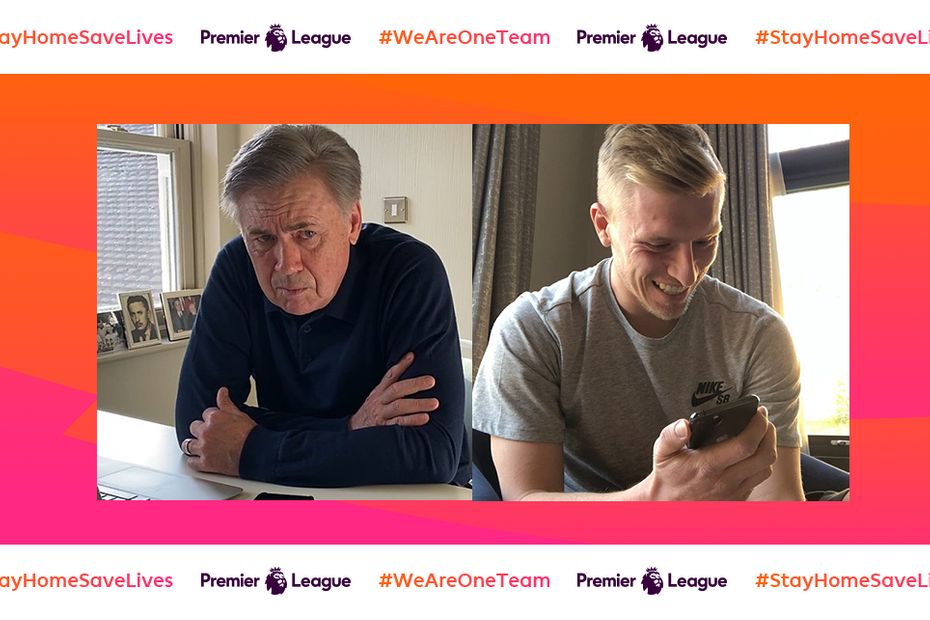 Premier League players, managers and legends have been calling fans who are at home alone as teams stay in touch with the vulnerable

Baines: Phoning fans is rewarding for players too

It's Good To Talk! External Link
Coronavirus: Clubs support in the community

Premier League clubs are making phone calls to ensure their supporters know they are not alone.

As the public observe the Government's social-distancing measures and stay at home during the coronavirus pandemic, people in vulnerable groups can become isolated.

With no-one to visit them, elderly people, or those with underlying health conditions who are particularly at risk from the virus, could feel increasingly lonely.

Here is what Premier League teams are doing to tackle isolation in their local communities.

We're not crying, you are ❤️️

Young George is ill in hospital at the moment 😞

The club has been calling vulnerable supporters throughout the #COVID19 pandemic ☎️@SteveCook28 wanted to get involved. Here is his conversation with 89-year-old super-fan, Henry 🍪

As part of #WolvesAtHome, a number of club legends have been calling up and checking in with our older fans.

Steve Bull is one of them and it's fair to say he's a natural...