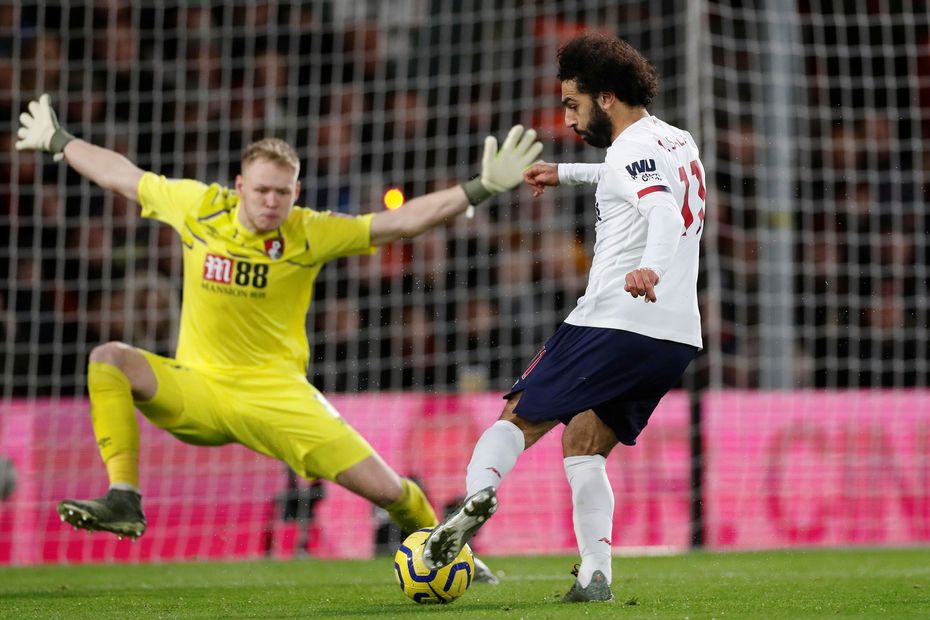 Mohamed Salah can achieve a Premier League first when he faces AFC Bournemouth on Saturday.

The Liverpool forward has scored in each of his five top-flight appearances against the Cherries, netting seven times in total.

He is one of only two players to boast a 100 per cent scoring record over five meetings with a single side in the competition.

The other player to have done so is Chris Wood.

The Burnley striker has struck six times for the Clarets in his five appearances against West Ham United.

Should Salah find the net in the 12:30 GMT kick-off at Anfield, he will become the first player in Premier League history to score every time he has played the same opponent in as many as six matches.

Salah can also close in on another record if he is on target against AFC Bournemouth.

While Robin van Persie did not manage to score in all of his meetings with Stoke City, thus missing out on a 100 per cent record, he nonetheless struck in eight consecutive Premier League matches against them.

The Dutchman's run against the Potters began in 2008/09 when he was at Arsenal and ended with a consolation effort in a 2-1 loss for Manchester United in 2013/14.