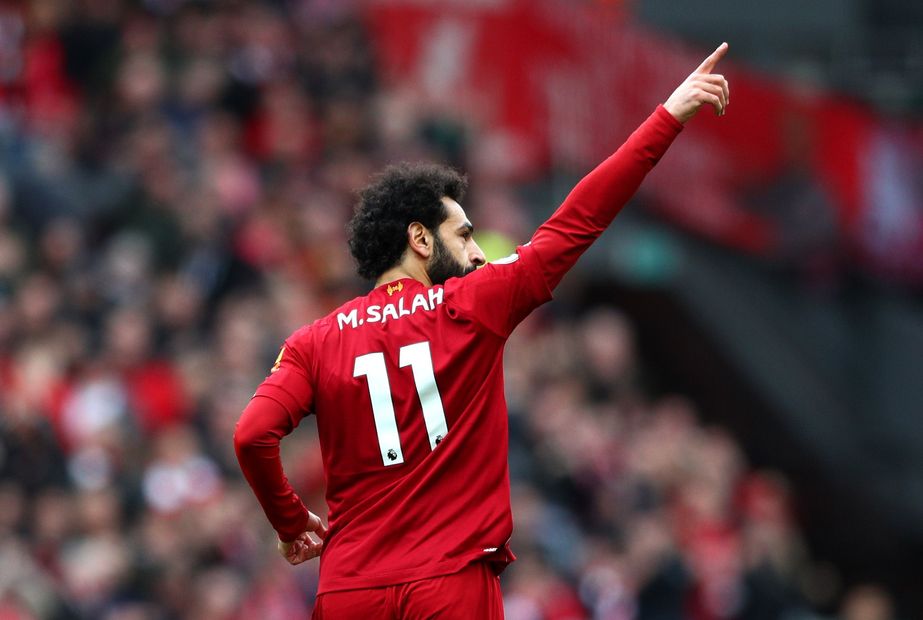 Salah and Milner reaction: 'We showed our mentality to win' External Link
Which Premier League records have Liverpool set?

Mohamed Salah set a Premier League record in the 2-1 home victory over AFC Bournemouth on Saturday.

The Liverpool forward's equalising goal against the Cherries was the sixth consecutive Premier League match in which he has scored against them.

In so doing Salah became the first player to boast a 100 per cent scoring record over six meetings with a single side in the competition.

He edged past Chris Wood, who had scored for Burnley in each of his five appearances against West Ham United.

Salah is two short of the record for a player's scoring streak against a single opponent in the competition.

Robin van Persie did not manage to score in all of his meetings with Stoke City, missing out on a 100 per cent record, but struck in eight consecutive Premier League matches against them.

Salah hits century on a high

The goal was Salah's 70th for Liverpool in 100 Premier League matches for the club.

This is seven more than Fernando Torres, his nearest Liverpool rival.

In fact, only Alan Shearer has hit more goals in his first 100 appearances for a club in the competition, having scored 79 for Blackburn Rovers.

It was also Salah's 20th goal in all competitions this season, the third campaign in a row the Egyptian has hit that mark.