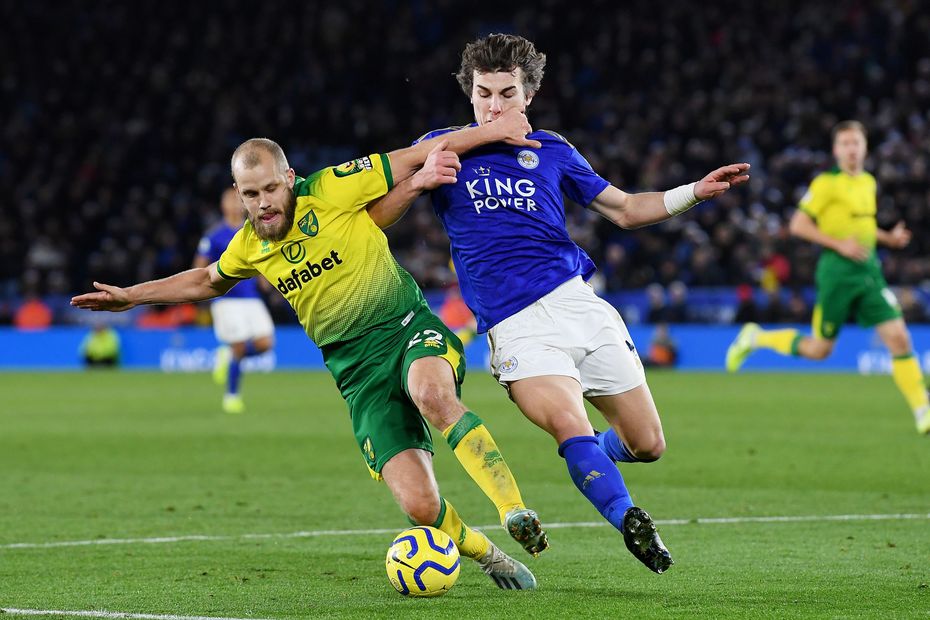 Bottom club Norwich City are aiming for a first win in five matches to lift themselves to within four points of safety.

Third-placed Leicester City lost to Manchester City last time out and hope to distance themselves from Chelsea, who are six points behind.

Sam Byram (hamstring) will miss the rest of the season for Norwich while Onel Hernandez (knee) has undergone surgery and is set to be out of action for eight weeks.

Wilfred Ndidi (knee) could be in contention for Leicester for the first time since January. Fellow midfielder Hamza Choudhury is available having served a one-match suspension.

This will be Norwich's fourth Premier League match on a Friday. They have lost the previous three against Tottenham Hotspur, Liverpool and Watford by an aggregate score of 11-2.

After a run of nine Premier League home matches in which they let in at least two goals, Norwich have conceded only twice across their last three at Carrow Road (W1 D1 L1).

Leicester are unbeaten against Norwich in the Premier League since November 1994, winning three of the four meetings and drawing the other.

Jamie Vardy is aiming to end a run of seven matches without a goal. The Leicester striker scored 17 in his first 18 Premier League appearances this season.