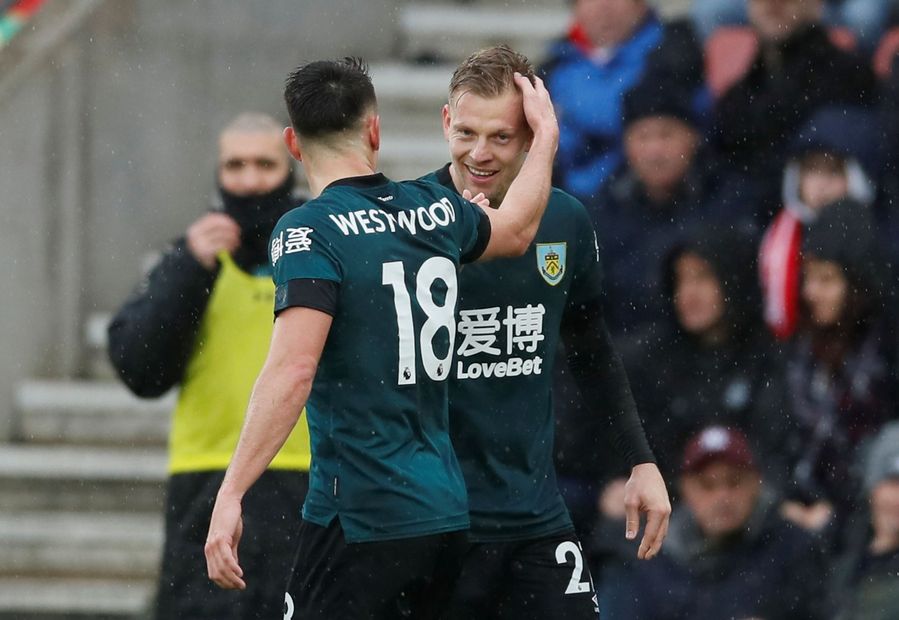 Ashley Westwood scored direct from a corner to give Burnley the lead just two minutes in.

Danny Ings equalised for the hosts 16 minutes later, finding the bottom-right corner with a powerful strike from outside the penalty area for his 15th goal of the season.

Vydra, who came on as a first-half substitute, controlled a long ball on his chest before spectacularly firing past Alex McCarthy on the hour mark to restore the Clarets' advantage.

The victory moves Burnley up to 10th, with 34 points from their 26 matches.