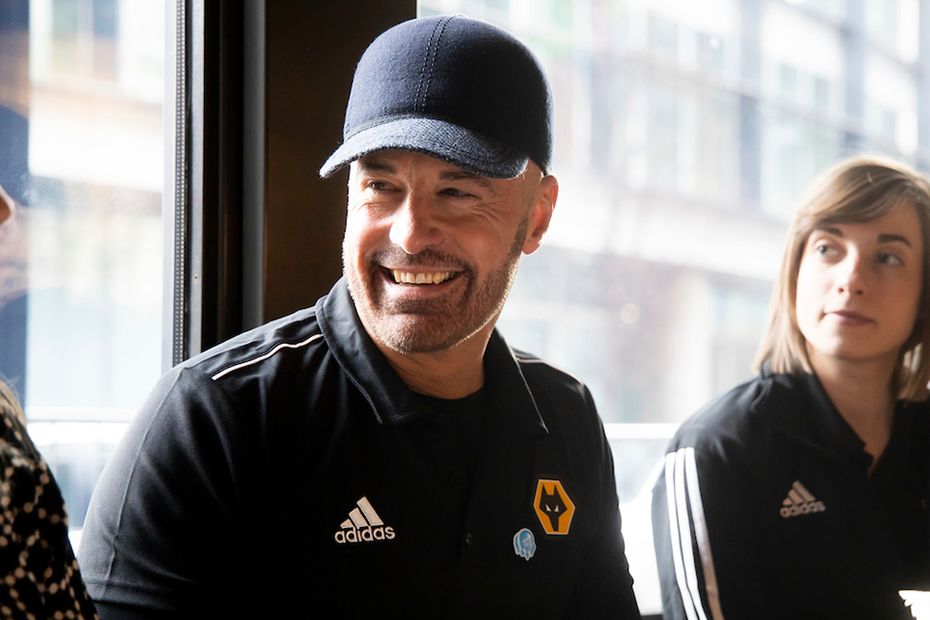 Last week, HRH The Duke of Cambridge helped to launch Heads Up Weekends, which involves the football family coming together to normalise the conversation around mental health.

As well as meeting players and managers over a table football competition, the Duke heard from three participants who have been supported by mental health programmes run by Premier League clubs Burnley, Southampton and Wolverhampton Wanderers.

And each of the trio spoke with honesty about the help they have received.

"I'm not your stereotypical person who suffers from mental health issues," says Dean (pictured), a participant of the Wolves Foundation's Head4Health project. "There is no stereotype.

Heads Up: There is no stereotype

"I was driven. I was successful. I had everything, or so it seemed. The temptations, the drugs, the drink and the feeling of being alone. Once you start that spiral, it only gets worse.

"I still have my wobbles, although I'm better now. It won't be a quick fix but get the basics right, like Wolves did when I called them to enquire about the Head4Health course; the simplicity of a timely call back spoke volumes."

That interaction and support is also helping Richard, who suffers from depression and is now involved with the Saints4Sport programme.

"I started going to the football through the Saints Foundation," says Richard, who was homeless just over a year ago before moving into a hostel.

"The people down there sort of take you under their wing, they don't force you to do anything."

Beth says she has benefited from her contact with Katie, an emotional wellbeing worker, thanks to her school's relationship with Burnley FC in the Community.

"But I just clicked with her and it's just a lot easier to talk to her about everything."

Fans are encouraged to visit HeadsTogether for tips on how to #KickOffAConversation about mental health.