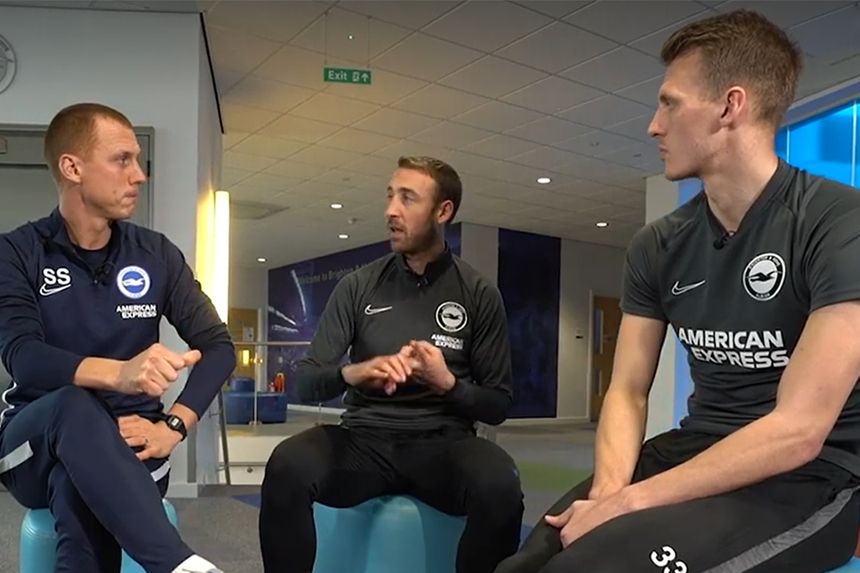 Today marks the start of two weekends in which the Premier League and the rest of England's football family in kicking off a conversation about mental health.

Brighton & Hove Albion will host Watford at in Saturday's late kick-off, and ahead of the match at the Amex Stadium, Seagulls striker Glenn Murray and defender Dan Burn joined the club's former midfielder Steve Sidwell in talking about the importance of opening up about your feelings.

And they all said that while physical fitness is a vital part of making it as a Premier League footballer, it is mental wellbeing that is most important.

"I personally feel mental health is the most important thing for me to play well on the field," Murray said.

Burn added: "If you go to the doctor's and you feel ill, they can tell you exactly what's wrong with you, whereas it's hard, you can get caught up in your own mind.

"The more we speak about it, it's good that we'll give people tools to deal with it, so they don't think, 'Why am I feeling anxious?' "

Sidwell, who retired from playing professionally in August 2018, said Premier League players can use their positions as role models to encourage others to take more care of their mental health.

"When you see powerful people on TV that are heroes to fans, and they see people like yourselves going through it, and other sports icons going through it, they think, 'Wow, if they can open up and speak it filters down'," Sidwell said.