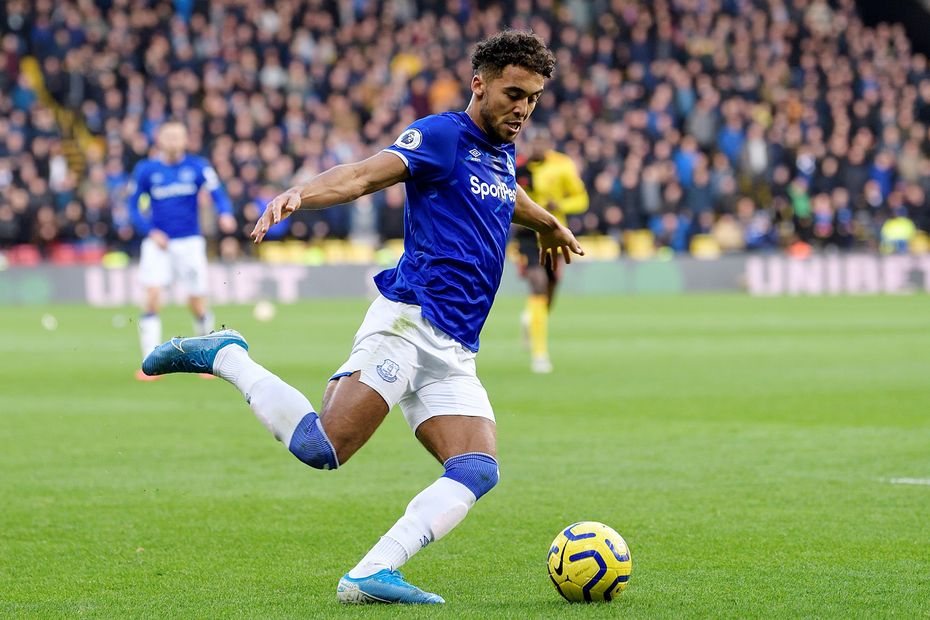 Carlo Ancelotti has made an immediate impact since arriving at Goodison Park, guiding Everton to ninth place thanks to 14 points from his first seven matches in charge.

His start is even more impressive given that the 60-year-old has been busy developing a fresh brand of passing football at the same time.

A classic 4-4-2 is the Italian's preferred shape, especially out of possession, but his tactics have been varied.

The Blues have frequently switched to a back three with a mid-match tweak, and on two occasions they have lined up in a 3-4-1-2 from the start.

All of a sudden, Everton have become a more strategically flexible side.

Second-guessing his tactics will not be easy for his opposite number Roy Hodgson this weekend.

Ancelotti has backed Dominic Calvert-Lewin to be the focal point of his attack, using the striker for all but 17 minutes of Premier League football since his arrival.

The 22-year-old has repaid his manager's faith with five goals that have been worth an extra seven points to the Toffees.

Calvert-Lewin before and under Ancelotti

Calvert-Lewin is benefiting from partners who are willing to share the workload. So far he has combined well with both Richarlison and Moise Kean.

He has also been deployed more centrally, which has enabled him to get on the end of more clear-cut goalscoring opportunities in the penalty area.

Given his chance to shine Calvert-Lewin has demonstrated that he can link play expertly on the ground, just as well as he can in the air.

His overall performances have been simply outstanding.

Two other players who have quickly become a key part of Ancelotti's plans are defenders Mason Holgate and Djibril Sidibe.

Neither player was a regular under Marco Silva, but Sidibe has started six out of the last seven matches, while Holgate has played every minute since Ancelotti came in.

Sidibe's attacking qualities give his manager the option to use three or four at the back.

He played as a wing-back in a 3-4-1-2 against Burnley and Manchester City, with Seamus Coleman slotting in behind him as part of a back three.

Against Newcastle United and Brighton & Hove Albion, when Everton started in a 4-4-2, Coleman came off the bench as a third central defender, allowing Sidibe to push forward.

By maximising Sidibe's fantastic crossing ability, Ancelotti has found a dual role for the Frenchman.

Under the former Chelsea manager Sidibe has been heavily involved in an attacking sense, creating more chances and producing 15 extra touches per 90 minutes.

Sidibe before and under Ancelotti

Holgate, who was loaned out to West Bromwich Albion as a right-back last season, is now integral to Everton's play.

He has been used on the left side of a three-man defence, has partnered Yerry Mina in a back four, and has occasionally also been pushed into central midfield.

Back in the Everton first team, Holgate is looking the part and his distribution has impressed Ancelotti.

Holgate before and under Ancelotti

There will be plenty of fascinating duels to track when the Toffees entertain Crystal Palace, particularly when Sidibe comes up against Wilfried Zaha.

But this is a fixture that will also give Calvert-Lewin and Holgate another chance to catch the eye of England manager Gareth Southgate.

If this pair continue to blossom they will be instrumental in Everton's late push for a European place.

Part 1: All-rounder Billing at the centre of Cherries' revival
Part 2: Murray can profit from fast partner against Watford
Part 4: Can Man City solve their efficiency problem?