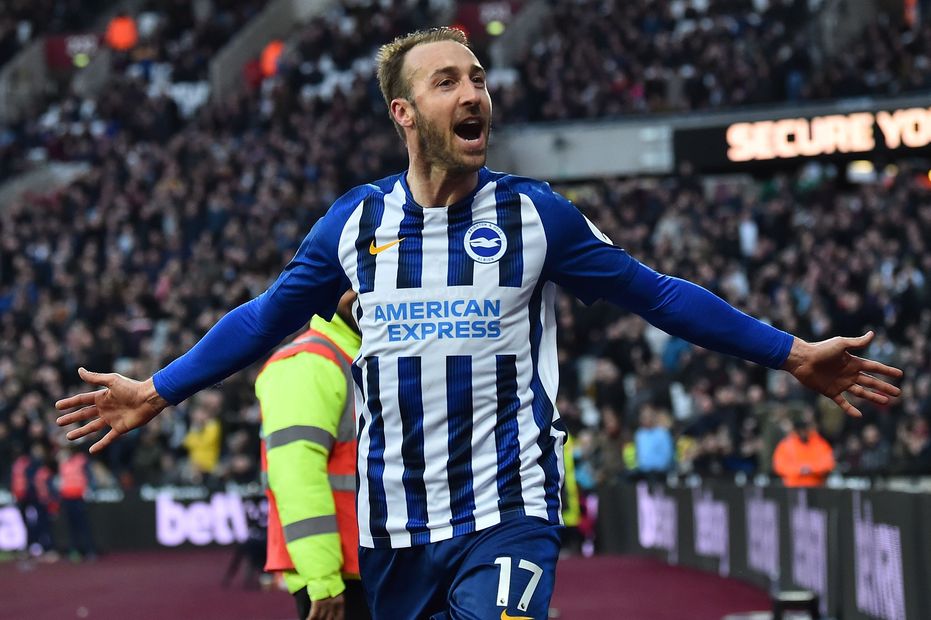 Graham Potter arrived in the top flight with a reputation for being a flexible tactician and he has lived up to that tag with Brighton & Hove Albion.

Experimenting with eight different starting formations in 25 Premier League matches, he is a head coach who likes to keep opposition managers guessing.

For the visit of Watford this Saturday, it may be wise for Potter to revert to the shape that has served the Seagulls best this term, a narrow 4-4-2.

It is a system that helped earn them impressive home victories over Tottenham Hotspur, Everton and Norwich City.

Against a Watford side who may be low on confidence after suffering consecutive defeats, I would expect the Seagulls to play on the front foot with two strikers.

Having claimed only one victory in their last 10 Premier League matches, Potter and his players will be aware how important this contest is against a team just three points beneath them.

It will be hard for Potter to leave out Glenn Murray after the striker's excellent display at West Ham United.

On his first start since mid-September, the 36-year-old led the line well throughout an exciting 3-3 draw which culminated in his equaliser.

Fellow forwards Neal Maupay and Aaron Connolly were unused substitutes at London Stadium, so they will be fresh for Watford's visit.

Maupay, the club's top scorer who netted in a 3-0 win over Watford on his Brighton debut in August, will be favourite to partner Murray.

With the highest top speed of any Seagulls player at 34.95km/h, Connolly is hard-working and quicker than Maupay, who has reached 33.25km/h this season.

Either is a good fit next to Murray but seven-goal Maupay is the striker Watford will be most worried about.

Consistently able to find space inside the box, Maupay has had the most efforts on goal for Brighton this season by some margin.

Connolly, meanwhile, has found the net in just one match this term, firing a brace in the 3-0 win at home to Spurs.

Most shots by Brighton players

Brighton have produced some delightful pass-and-move football this season, switching seamlessly to a possession-based style under Potter. However, a lack of speed throughout the side is an issue.

At the back they have been vulnerable to longer balls sent in behind their central defenders.

In 2018/19, Brighton sat much deeper but a desire to squeeze up higher under Potter has left them susceptible to through-balls.

Inside the final third, most of their key players are technically gifted rather than powerful or athletic.

This is why the introduction of Maupay or Connolly feels a must in this vital fixture at the bottom of the table.

To seize on any mental fragility Watford may be experiencing, Brighton must attack this encounter in a positive fashion.