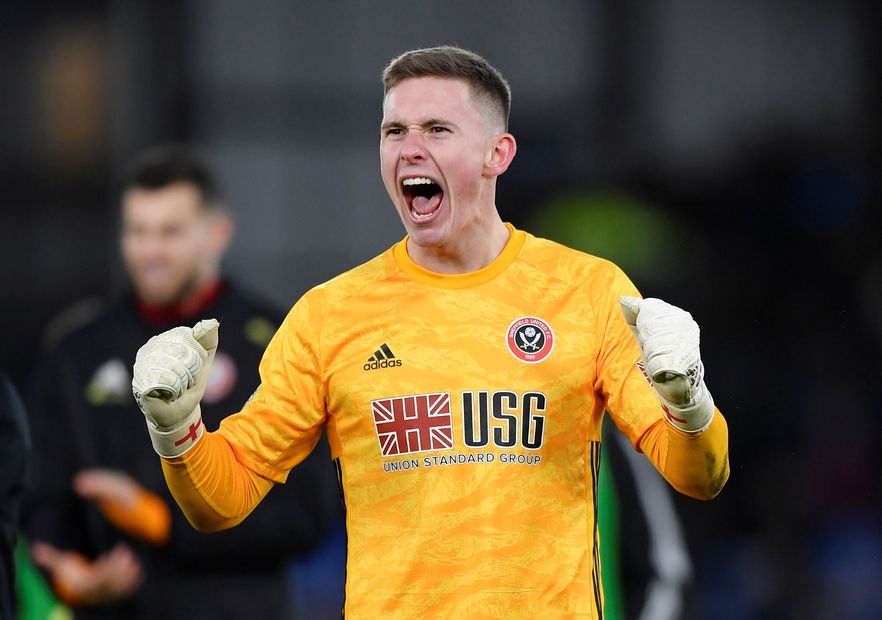 The Blades’ No 1 claimed 10 points at Selhurst Park, extending his advantage to 12 points at the top of the goalkeeper standings heading into Sunday's matches.

He is the first player in his position to breach the 100-point mark this season.

Henderson has nine clean sheets, the joint-most among FPL goalkeepers along with Alisson (£6.1m).

His upcoming schedule further raises his potential for returns, even if it comes with some risk.

Each of Sheffield United’s next three matches score just two in the Fixture Difficulty Ratings (FDR).

However, they are without a league fixture in Gameweek 28 due to the postponement of their meeting with Aston Villa due to the EFL Cup final.

And Henderson’s owners should also be aware the on-loan goalkeeper is ineligible to face parent club Manchester United in Gameweek 31.

While Henderson continued his excellent season for the Blades, owners of John Lundstram (£5.1m) are looking for a replacement after he was benched for a second successive Gameweek.

Lundstram is the most-popular defender in the game, owned by 46 per cent.

But he is the most-sold defender for Gameweek 25, earning more than 36,000 transfers out after featuring for just 22 minutes against Palace.

Elsewhere among defenders, Antonio Rudiger (£6.0m) and Yerry Mina (£5.3m) were a big success on Saturday.

Both scored their first goals of the campaign, each netting twice to return 16 and 15 points for Chelsea and Everton respectively.

However, it is Robert Snodgrass (£5.2m) who is currently the top-scoring player in Gameweek 25.

The West Ham United winger scored two goals and supplied an assist against Brighton & Hove Albion to record a season-high haul of 18 points.

Salah scored twice in Liverpool's 4-0 win over Southampton to claim his fifth double-figure return in his last 10 matches.

The Egyptian has moved to the top of the FPL player standings on 165 points. He is also the most-bought player in the Gameweek, earning over 83,000 new owners ahead of a visit to Norwich City.

The King’s back on top 👑 pic.twitter.com/bQBysZO2Xs

Liverpool's Henderson, meanwhile, has emerged as a big differential in recent matches. He has produced a goal and an assist in two of his last three fixtures, yet is owned by only 1.8 per cent.

Roberto Firmino (£9.6m) was also a big success and set up three goals against Saints.

Firmino now has eight assists for the season, more than any other forward in FPL.

Indeed, the Brazilian’s assist total has already matched his tally for each of the previous two seasons.