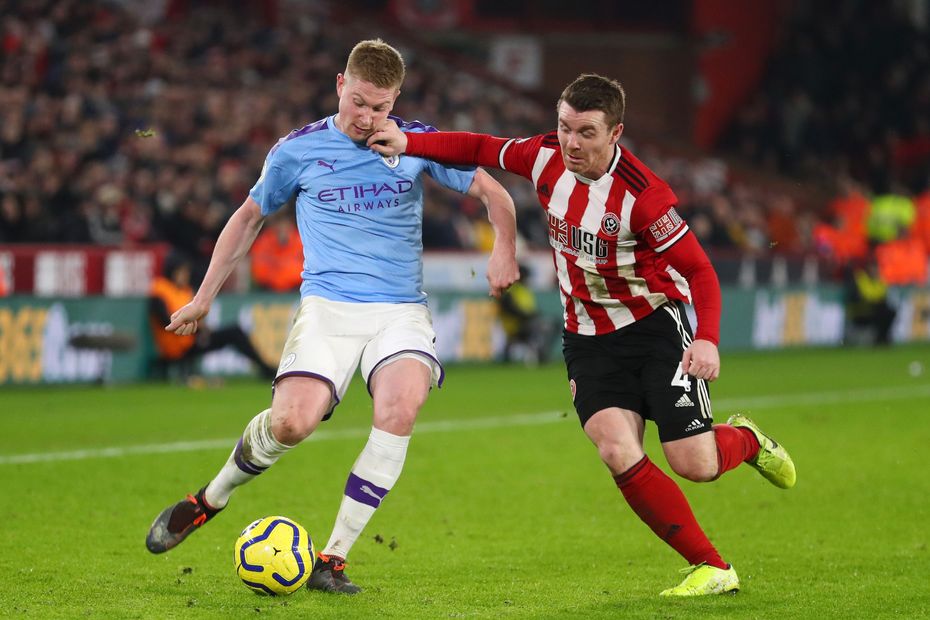 When Kevin De Bruyne set up Sergio Aguero for the winner at Sheffield United on Tuesday night, he wrote his name into the Premier League record books.

The Manchester City playmaker's low cross was finished off by the Argentinian to earn a 1-0 victory at Bramall Lane, giving De Bruyne his 15th assist of the season.

Top of the chart

De Bruyne has maintained his lead in the race for the Playmaker of the Season award, which is given to the player who sets up the most goals each season.

He remains five ahead of Liverpool right-back Trent Alexander-Arnold, who set up a goal against Wolverhampton Wanderers on Thursday.

Indeed, the Belgian has already equalled the winning total from last term, when Eden Hazard won the prize with 15 assists for Chelsea.

The previous season, in 2017/18, De Bruyne won the inaugural Playmaker award with 16 assists, so he needs only one more to match that tally.

With three more assists, De Bruyne would equal the third-highest total for Premier League assists in a season.

Frank Lampard set up 18 goals for Chelsea in 2004/05, and Cesc Fabregas matched that feat 10 seasons later.

De Bruyne is on course to overtake all of those tallies and ultimately beat Thierry Henry's Premier League record of 20 assists for the Gunners in 2002/03.

At this stage of the campaign, after 24 matches, the Frenchman had only created 10 goals.

If De Bruyne maintains his current rate of 0.65 assists per appearance, he would reach 24.

Next up for Man City in the Premier League is a trip to Tottenham Hotspur and De Bruyne thrived in the reverse fixture.

He provided the assists for both of his side's goals in August's 2-2 draw at the Etihad Stadium.