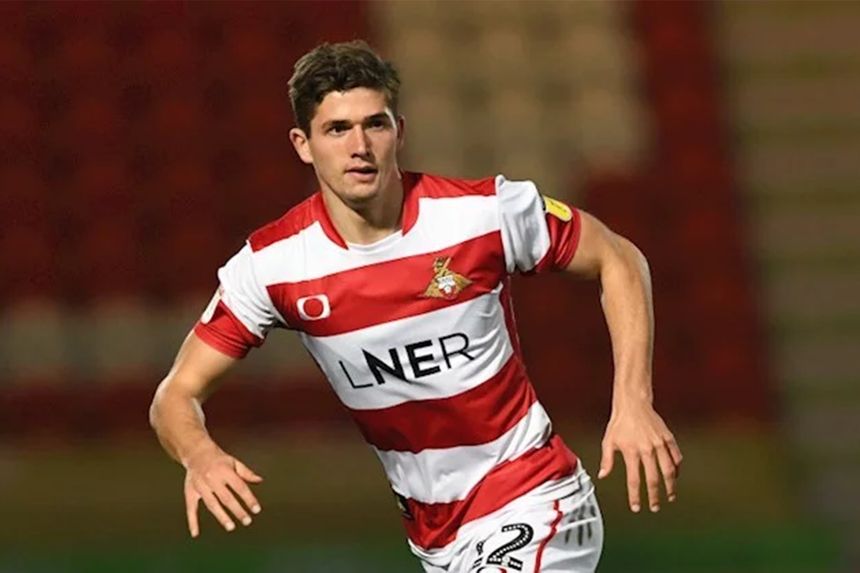 Doncaster Rovers progressed to the last 16 of the Premier League Cup with a 4-0 victory over Aston Villa.

Matt Watters (pictured) starred with two goals as Doncaster went top of the table and nine points clear of third-placed Villa, who have only one match remaining.

It means Rovers and Exeter City have both qualified for the first knockout stage. Doncaster can go through as Group D winners if they beat Exeter in their final match on 18 February.

Alex Perry scored the winner as Wigan Athletic beat Sunderland 3-2 to earn their second victory in the competition and go top of Group F.

Visitors Wigan went 2-0 up through Kyle Joseph and Charlie Jolley but it was level at the break after Justin Kranthove and Jake Hackett replied for Sunderland.

On 51 minutes Perry volleyed in to take Wigan on to seven points, above Liverpool on goal difference, with Sunderland in third three points behind.

Finn Azaz put the Baggies ahead three minutes before half-time but Billy Chadwick equalised in the 50th minute.

Reading remained in pole position to qualify from Group A as they drew 1-1 at third-placed Colchester United.

Tyler Frost scored their goal before Colchester's Andre Hassanally ensured a share of the spoils.

It means Reading are two points ahead of Charlton Athletic in a tight group from which Colchester and bottom-club Swansea City can still progress.