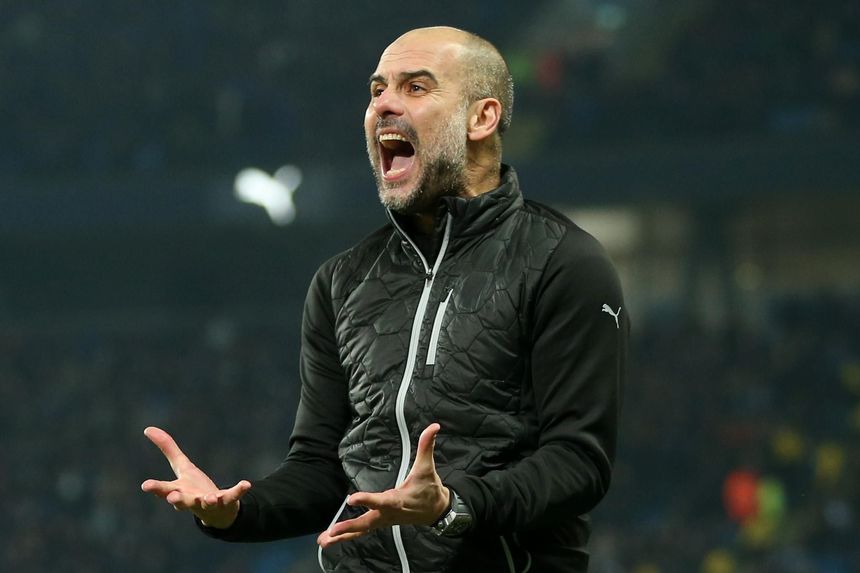 Pep Guardiola will be hoping for a double celebration on Saturday, with his Manchester City side hosting Crystal Palace on his 49th birthday.

But his predecessors in the Man City hotseat have all been unable to secure that most precious of gifts: a Premier League victory.

None of the four managers to take charge of the club in a Premier League match on their birthday have managed to win.

Brian Horton missed out on three points in 1995, drawing 2-2 with Southampton, and so did Joe Royle and Mark Hughes in 2001 and 2009 respectively.

Royle's party was pooped by a 3-1 defeat to his former side Everton, while Hughes's champagne was kept on ice following a goalless draw with Birmingham City in 2009.

Roberto Mancini had two opportunities to celebrate his birthday in triumphant style, in 2011 and 2012, but City could only muster 1-1 draws at Stoke City and Liverpool.

History on his side

That may cause Guardiola some concern as his City side prepare to entertain a Palace team who won 3-2 on their last visit to the Etihad Stadium.

However, he will be reassured by the fact that he has never lost consecutive home league meetings against the same opponent before.

Indeed, after 195 top-flight home matches as a manager across Europe, Manchester United are the only team to ever win away from home against his sides more than once, doing so in 2017/18 and 2019/20.

Palace are looking to achieve another rare feat at the Etihad this weekend.

Roy Hodgson's men were the only side to beat the title-holders at their home ground last season, in a match remembered for Andros Townsend's thunderous volley that earned him the Goal of the Season award.

They could now become just the third team to win away against the reigning Premier League champions in consecutive seasons, after Liverpool in 2000/01 and 2001/02 and Tottenham Hotspur in 2016/17 and 2017/18.

The Eagles have developed a reputation for troubling last season's top-six sides away from home.

They also won at Arsenal and drew at Man Utd in 2018/19, while they remain the last team to beat Liverpool at Anfield in the league, winning 2-1 in April 2017.

So, will Guardiola receive the perfect birthday present and end the curse? Or will Hodgson inspire another upset and make history at the Etihad?