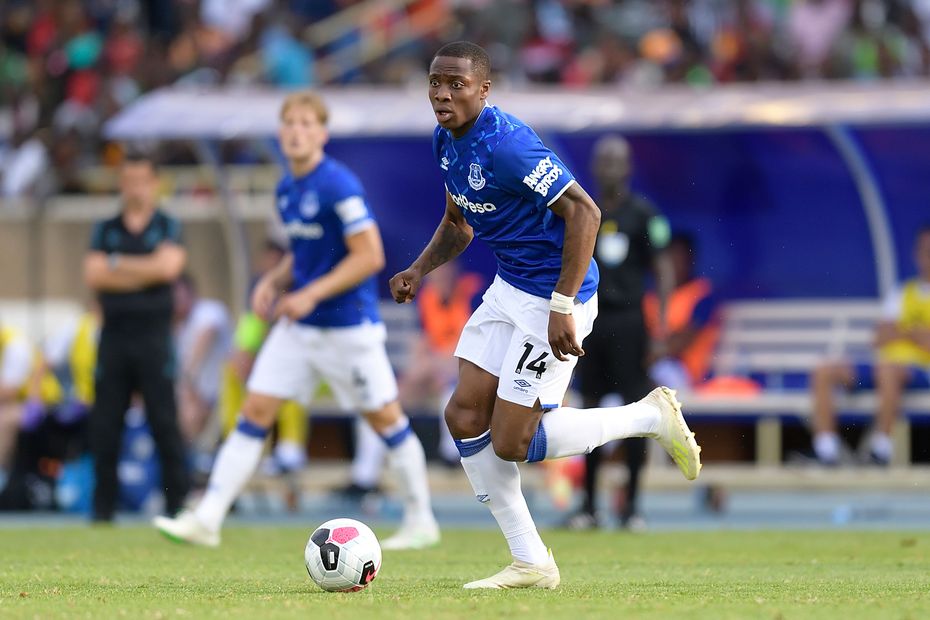 Dennis Adeniran struck twice as Premier League Cup holders Everton earned a 4-2 home win over Fulham and leapfrogged their visitors to the top of Group B.

The Toffees took the lead through a Zico Asare own goal, only for Fulham to equalise three minutes later through Timmy Abraham.

Adeniran scored either side of the break to make it 3-1, but Martell Taylor-Crossdale halved the deficit with a penalty.

Manasse Mampala finally put the hosts out of sight in stoppage time.

A 4-2 win at Swansea City has sent Charlton Athletic to within a point of group leaders Reading.

Lewis Wilson hit a brace as leaders Exeter City triumphed 4-0 at Aston Villa, securing their third win from four matches in the competition.

Wilson opened the scoring and added his second goal on the hour, after Will Dean had put Exeter 2-0 up. Ben Seymour completed the victory.

Exeter have 10 points, while Villa are third with three points from four matches.

Tom Allan opened the scoring for Newcastle from the penalty spot on 37 minutes, but Lupano replied with a 66th-minute header.

Kyle Taylor scored twice and Alex Dobre was also on target as AFC Bournemouth won 3-0 at Nottingham Forest to extend their lead at the top.

The unbeaten Cherries have 10 points, while Forest are yet to earn their first point.

Wigan Athletic moved three points behind leaders Liverpool after a 3-0 home win over the Reds.

Emeka Obi broke the deadlock in the ninth minute and Divin Baningime made it 2-0 before the break. Olly Crankshaw added a third with 13 minutes left.

Jayden Reid fired into the top corner just before the break, and Caolan Boyd-Munce doubled the lead less than a minute into the second half.

Third-placed Birmingham have four points, two behind the top two sides and three above Leeds.