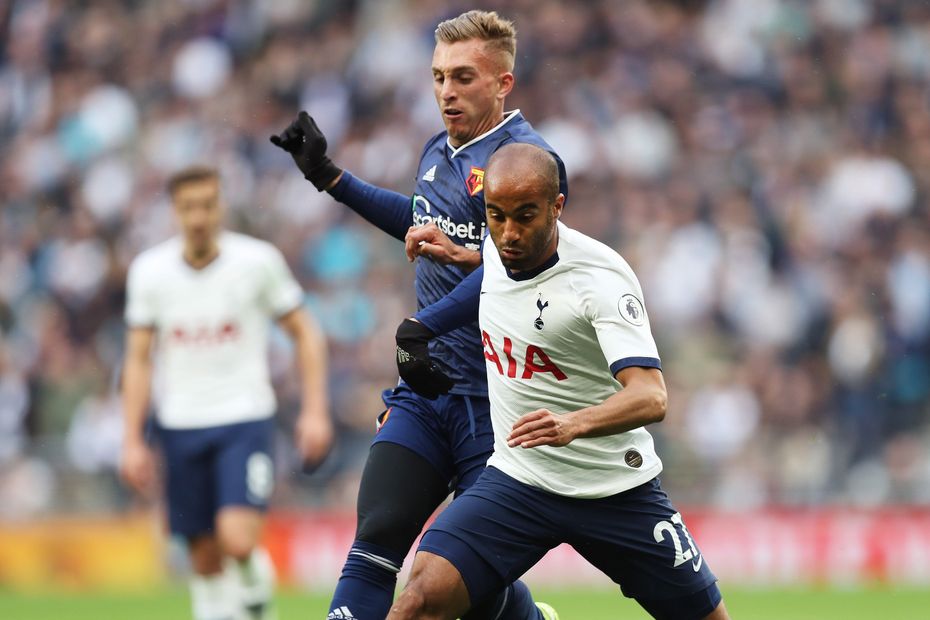 Watford are looking for a fifth win in six matches under Nigel Pearson, having climbed out of the relegation zone.

Tottenham Hotspur are aiming to close the nine-point gap to fourth-placed Chelsea.

Ignacio Pussetto could make his debut for Watford after joining from Udinese this week.

Will Hughes, Kiko Femenia and Danny Welbeck have all returned to training, but Tom Cleverley, Daryl Janmaat and Sebastian Prodl remain sidelined.

Gedson Fernandes could be in contention to make his debut for Tottenham after joining on loan from Benfica.

Watford have won 13 points under Nigel Pearson. Only Liverpool and Manchester City, with 15 each, have earned more since his first match in charge.

Troy Deeney has scored four goals in his last five Premier League matches, as many as in his previous 20 appearances in the competition.

Jose Mourinho was the last manager to win away from home against Pearson in the Premier League, doing so in April 2015 with Chelsea at Leicester City.

Dele Alli has scored five Premier League goals in eight appearances against Watford. Against no side has he scored more in the competition (also five against Chelsea and Southampton).