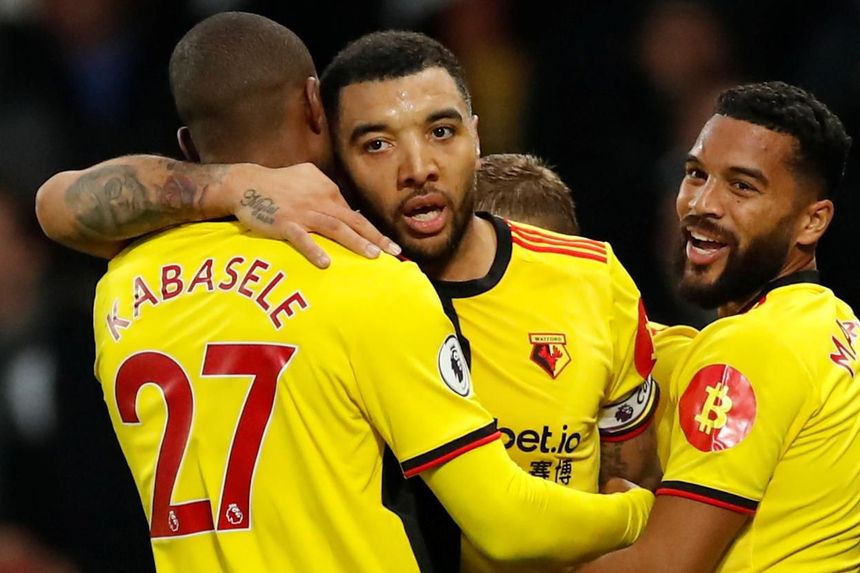 Cathcart: “Everyone Is In It Together” External Link
Goal of the day: Capoue's cracker against Cherries
Classic match: AFC Bournemouth 3-3 Watford

Adrian Clarke is looking at key tactical points ahead of Matchweek 22.

Nigel Pearson has made an instant impact as Watford head coach.

When the 56-year-old first took charge of the Hornets in early December they had collected only nine points from their first 16 Premier League matches.

In the five matches since they have more than doubled that tally, claiming three hard-earned home wins and a draw at Sheffield United.

Their only defeat has come at leaders Liverpool.

So with fresh belief they can claw their way out of the bottom three, Watford will approach a crucial visit to relegation rivals AFC Bournemouth with confidence.

Watford’s early-season struggles could be put down to a number of factors, but high on the list was poor finishing.

Converting just 4.8 per cent of their opportunities prior to Pearson’s arrival, it was clear that wastefulness in front of goal was an issue requiring immediate attention.

And, aided by captain Troy Deeney’s return from injury, Watford have tucked away 15.1 per cent of their chances in the five matches since.

The use of Deeney as a physical pivot up top has helped.

His physicality and hold-up play provides a platform for wingers Ismaila Sarr and Gerard Deulofeu to break into the box beyond him.

Both wide men are flying and have scored two goals apiece since Pearson became head coach.

Watford better at both ends

Previously they were expected to have scored nine more than they had managed.

Watford are also performing far better at the other end of the pitch, despite going down to 10 men in their last two Premier League outings.

Pearson likes to use a third centre-back at right-back. By playing Craig Dawson or Adrian Mariappa there and adopting a slightly narrower shape, he has made Watford more compact.

Tougher to break down and stronger in the air, the Hornets have conceded only four goals under their new head coach.

Opta’s xG data suggests that figure should have been in excess of seven goals.

Ben Foster deserves a lot of the credit for that. Some of the saves he has made in recent appearances have been extra special.

Watford have rediscovered their physical edge under Pearson too.

Four of the last five Hornets goals have come from transitions so Sunday’s opponents AFC Bournemouth, who like to pass out from the back, must be wary of losing possession in bad areas.

Deeney’s willingness to press and close down defenders has sparked turnover goals against Wolverhampton Wanderers and Aston Villa.

And returning midfielder Nathaniel Chalobah won the ball back in a terrific area in the build-up to the second goal against Wolves.

It was also Chalobah’s header from a Foster clearance, flicked on for scorer Deulofeu, that helped Watford claim a precious point at Bramall Lane.

When you also consider that the powerful Abdoulaye Doucoure has been pushed into a more advanced midfield role lately, Watford look tailor-made to regain possession in forward areas.

When they bully teams, Watford are a very difficult proposition for anyone in the division and it appears Pearson recognises that.

From turnovers, the slippery Sarr and Deulofeu are especially dangerous.