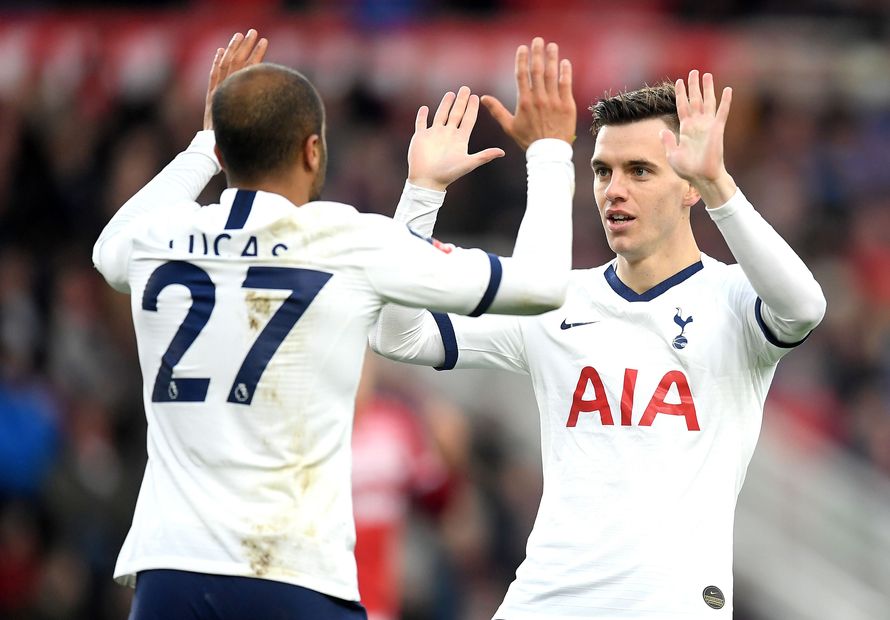 Adrian Clarke is looking at key tactical talking points ahead of Matchweek 22.

In the absence of the injured Harry Kane, Jose Mourinho must develop a Plan B that encourages Tottenham Hotspur to play through the thirds more efficiently.

Since taking charge in late November, the Portuguese head coach has made Spurs a more direct, less possession-based side.

Using Kane as a target man, the north Londoners are hitting 25 per cent more long passes per match than they did under Mauricio Pochettino.

This should not come as a surprise.

The 56-year-old has always liked having a strong player at the spearhead of his attack, and happily prioritises penetration over passing accuracy.

If, as expected, Son Heung-min and Lucas Moura are deployed up front against Liverpool, a change of approach would suit them.

While both players have the pace and mobility to run on to long balls down the channels, they cannot replicate the hold-up play of Kane, who has been ruled out until April.

Spurs therefore need to shorten up their passing game.

Moving the ball quickly and efficiently from defence into midfield and then into the final third will make better use of the pair’s strengths.

Giovani Lo Celso has only made two Premier League starts since arriving on loan from Real Betis.

But if Mourinho is planning a change of style, this could be the right moment for him to trust the Argentinian.

The 23-year-old has caught the eye in recent outings, providing a welcome injection of urgency, dynamism and confident distribution in midfield.

Unafraid to pick out a team-mate ahead of him, Lo Celso has made more successful passes into the final third per 90 minutes than any other Spurs player.

Lo Celso performed well after coming off the bench in Sunday’s FA Cup draw at Middlesbrough.

In 34 minutes he had five touches inside Boro’s box, more than Dele Alli and Christian Eriksen managed in the entire match, with two and zero respectively.

His assertive mindset and technical prowess would make him an ideal player to operate behind Spurs’ forwards.

Up for the fight

Spurs must be aggressive to stand any chance of becoming the first Premier League team this term to beat Liverpool.

With only two clean sheets all season, they are ill-equipped to sit back and soak up pressure from the dangerous Reds before looking to threaten on the counter.

When their visitors have the ball, it would make more sense for Spurs to try to unsettle them higher up the pitch, and Lo Celso would be an asset in that respect.

He is surprisingly one of the club’s most effective ball-winners. Only Moussa Sissoko wins possession back more often.

With Sissoko ruled out until April with a knee injury, Spurs will need Lo Celso's qualities now more than ever.

After a strong start at Tottenham Hotspur, Mourinho has now overseen three defeats in his last seven Premier League matches.

Losing Kane has added to his problems, but it also provides an opportunity to try something different and adopt a fresh tactical approach, starting against Liverpool.