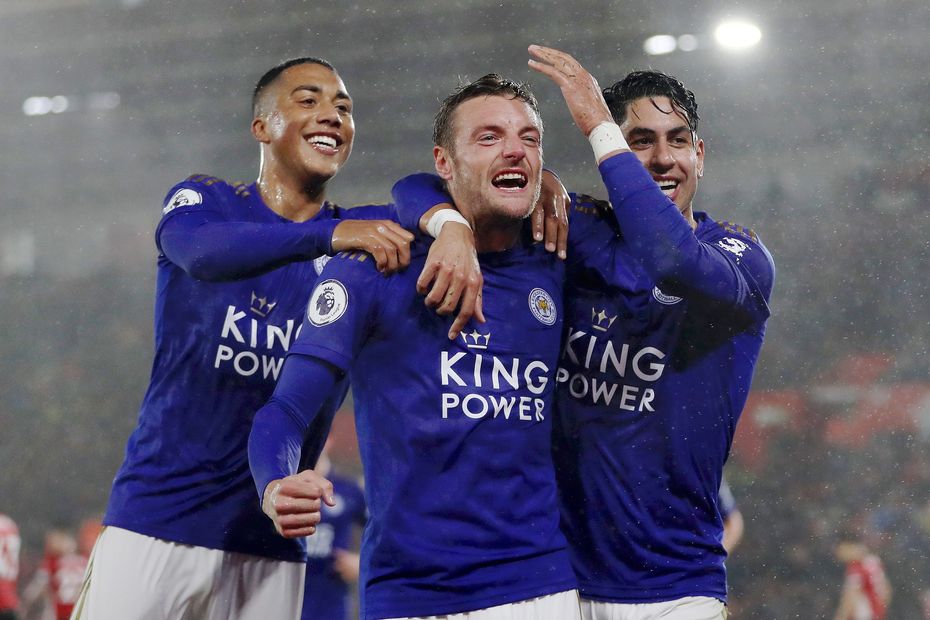 The return of Leicester City's Jamie Vardy (£10.0m) can be a major boost for Fantasy Premier League managers.

Vardy has failed to feature in the last two Gameweeks. But he recovered from a minor calf problem to face Aston Villa in the EFL Cup in midweek.

With a home fixture against Southampton to come on Saturday, the striker looks set to retain his status as the most-selected FPL captain.

He has been the top armband pick for nine successive Gameweeks.

The Foxes forward produced a personal season-high haul of 20 points in his last meeting with Saints, scoring a hat-trick and supplying an assist in Gameweek 10.

He has returned a goal or an assist in 10 of his last 11 appearances, with Liverpool the only side to deny him during that prolific run.

A trip to Tottenham Hotspur should not deter owners of Sadio Mane and Mohamed Salah (both £12.3m) from entrusting one of them with the armband.

The Reds duo will look to capitalise against a Spurs defence who have kept only one clean sheet in nine Gameweeks under Jose Mourinho.

Mane, the newly-crowned African Player of the Year, has been Liverpool’s most consistent attacker in 2019/20, providing a goal or an assist in nine of his last 10 Gameweek appearances.

The Egyptian also has a fine record against his weekend hosts, scoring five goals in six meetings with Spurs in all competitions for Liverpool.

Both have had great success on their travels recently.

The top-scoring midfielder in FPL, De Bruyne has racked up 37 points in his last four away matches.

And Sterling has produced double-figure hauls in his last two road trips. Away from home, his 39 shots and 33 shots in the box are both league-leading figures this season.

Holly Shand (@FFCommunity_): Vardy seems the obvious pick, with a home game for Leicester against a Saints side they've already beaten 9-0 this season. Hopefully we will see that delayed baby celebration.

Paul Gee (@FPLPaulGee): It's hard to look away from the recuperated Vardy. However I would seriously look at backing a rested Mane against a Spurs team with a really poor defensive record.

Sam Bonfield (@FPLFamily): I'm torn this week. Salah versus a leaky Spurs defence looks primed for returns. De Bruyne looks good too, while I also fancy Vardy to be an excellent pick on his return for Leicester. I expect he will be the most-captained player for Gameweek 22.

FPL General (@FPLGeneral): In the last two Gameweeks without Vardy, I've had two red arrows. It will be good to have him back and he'll be my captain. I like the home fixture against Southampton. Another 9-0 victory would be nice! Marcus Rashford (£9.1m) is my vice-captain.

Ben McNair (@drbenmcnair): There are a lot of viable captains this week. Vardy will be popular, but his opponents Southampton have been in good form and he's had a minor injury. De Bruyne looks a great choice at an Aston Villa side who have conceded a league-high 23 big chances in the last six Gameweeks.

Ben Crabtree (@FC_CrabDogg): I think I'm going for Sterling. Villa are leaky and he's had a rest. There are some good home matches for other players but City can win big away.

Part 2: GW22 Captains: No place like home for Rashford