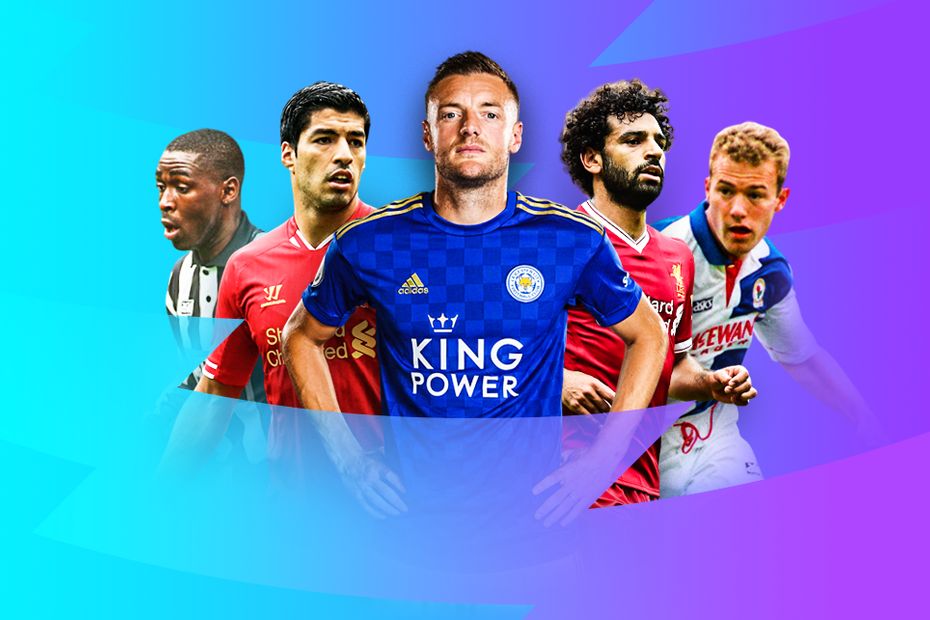 He's been in such prolific form this season that, despite missing the last two matches, Jamie Vardy is still on course to threaten Mohamed Salah's Premier League goalscoring record.

The overall record is 34 goals, held by Andrew Cole, for Newcastle United in 1993/94, and Alan Shearer, for Blackburn Rovers the following season.

Thanks to his eight-match scoring run before Christmas, Vardy had been ahead of the curve to break all these records.

Only one other player had ever scored more than Vardy's 17 goals after 18 matches. That was Luis Suarez, who had netted 19 of his 31 Liverpool goals in 2013/14 by that stage.

And, even though Vardy failed to score in the Boxing Day defeat by Liverpool and was then absent for the next two matches, his tally is still the same as Salah's 2017/18 total after 21 Matchweeks.

But Vardy will need to find his scoring boots quickly because from this point on two seasons ago Salah stepped on the gas.

The Egyptian failed to score in only six of Liverpool's final 17 matches and netted a four-goal haul against Watford in March.

So Vardy will do everything to return as quick as possible from a minor calf injury, especially as Leicester's next Premier League opponents are a Southampton side against whom he scored a hat-trick in October.