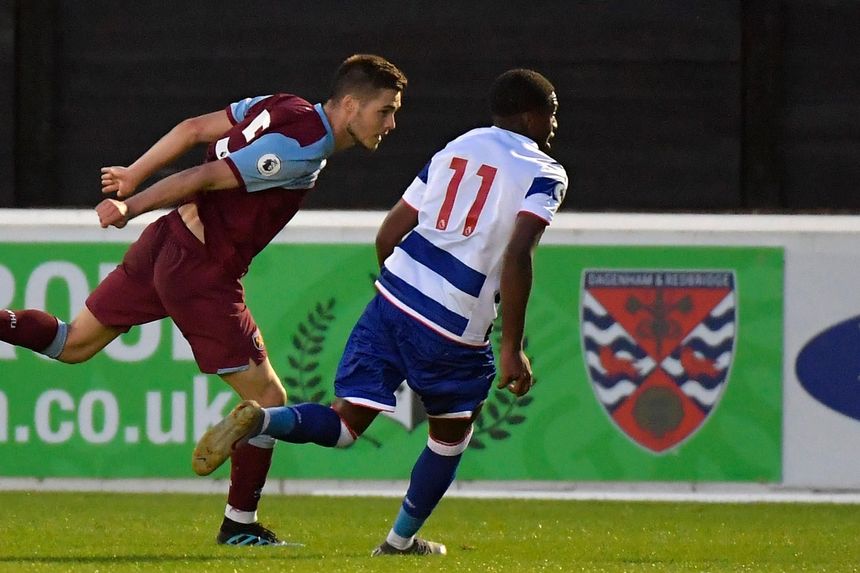 Thierry Nevers gave the Royals a 15th-minute lead, but West Ham equalised a quarter of an hour later when Sean Jordan Adarkwa turned in from a corner.

The visitors went ahead just after the hour-mark through Goncalo Cardoso, but Conor Lawless levelled from an Imari Samuels' cross on 65 minutes.

Tunji Akinola made it 3-2 to the Hammers two minutes later, but Frost had the final say with an excellent free-kick eight minutes from time.

Reading move up to eighth place on 17 points, while West Ham remain top on 39 points, two clear of Manchester United.