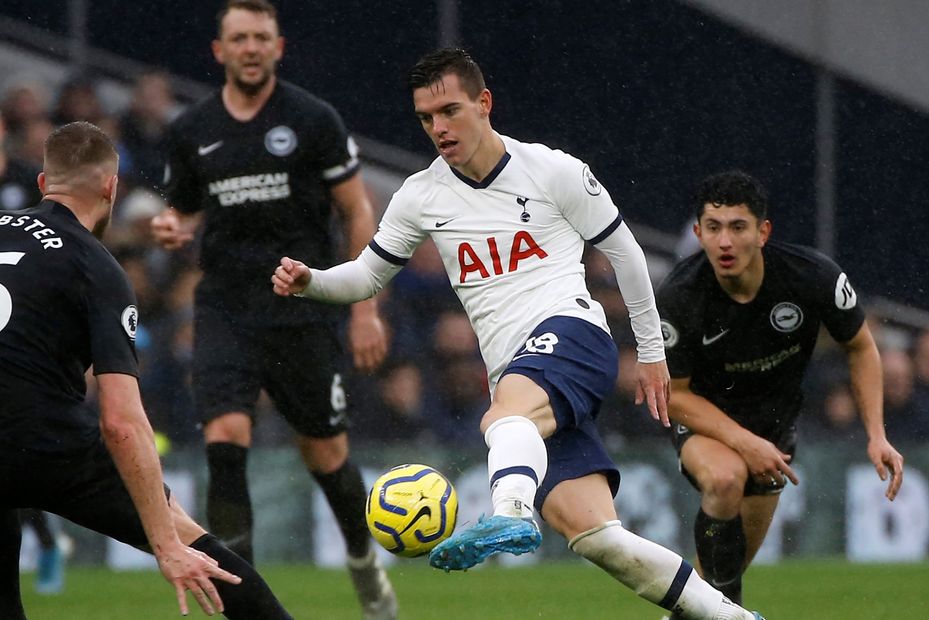 Spurs midfielder may make first start under Jose Mourinho against the league's bottom team, who have the most open defence

With so many Gameweeks in so few days, this is the time of year when Fantasy Premier League mini-leagues can be won or lost.

So, for managers looking for a low-owned player with big points potential to catch out their rivals, here are The Scout's four differential picks for Gameweek 20.

The Brighton & Hove Albion striker can get your Gameweek 20 FPL team off to a fast start.

He has scored in three of his last four starts ahead of a favourable home match in Saturday's early kick-off.

Brighton host an AFC Bournemouth side whose tally of four points from their last eight matches is fewer than any other team.

The Argentinian could be set to take advantage of suspensions for his Tottenham Hotspur team-mates.

Lo Celso made an impressive cameo appearance in Gameweek 19, helping Spurs come from behind to beat Brighton.

He scored on his first start in the UEFA Champions League in November and his Gameweek 20 opponents have conceded the most goals in the Premier League.

Deeney scored a penalty in the Gameweek 18 victory over Manchester United.

Their next visitors to Vicarage Road, Villa, have allowed 186 shots on their travels, more than any other side.

The Liverpool centre-back goes into Gameweek 20 having kept the Premier League's top scorer quiet in his last appearance.

Gomez recorded a clean sheet against Jamie Vardy's Leicester City, his third shutout in as many Gameweeks.

On Sunday he faces Wolverhampton Wanderers at Anfield, where he produced eight points in his previous home match.

Remember to select your Gameweek 20 team before the deadline of 11:30 GMT on Saturday 28 December.