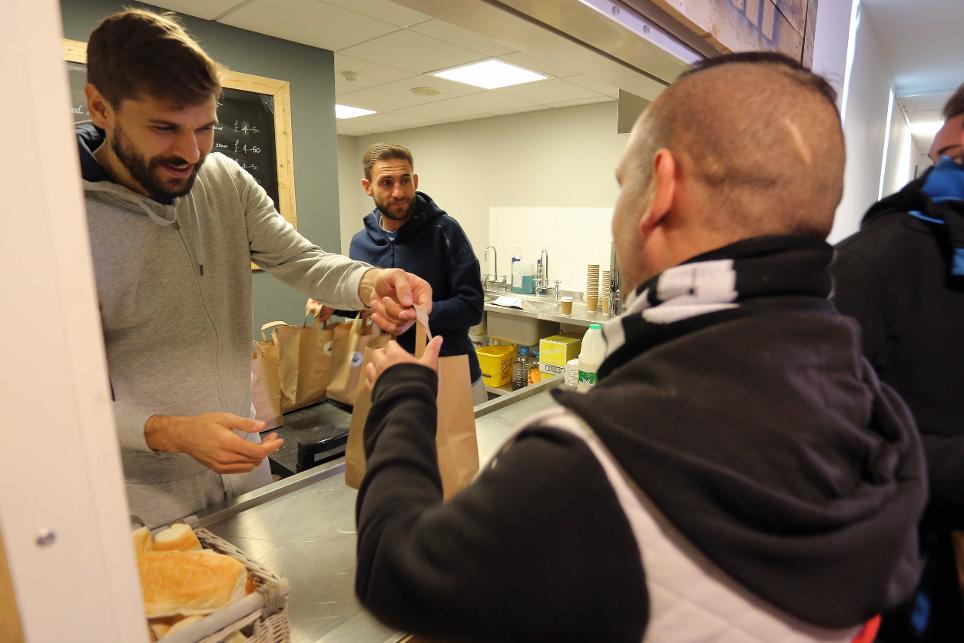 Shirts up for auction External Link

As part of their #GiveAJackAJacket campaign, Swansea City are this winter helping to feed and keep warm homeless people of the local community.

Last week the club welcomed 85 people to the Liberty Stadium who are either homeless or in temporary housing and use the services of The Wallich, a Welsh charity which provides accommodation and support services to those in need.

“While we can’t buy them all a house, what we can do is give them a jacket, hat or scarf to warm them up over Christmas. This club is about more than the 11 players on the pitch.”

Serving hot meals at the stadium were Swans stars Fernando Llorente and Angel Rangel, who swapped the pitch for the kitchen to help the cause.

#Swans duo @llorentefer19 and @arangelz lend a hand to help feed the homeless. 🍲

Rangel said: "As a club and as players we want to help everyone off the pitch first. I think that's the most important thing. We like to make you [fans] happy, try to make you smile."

“We have come here to help the homeless people of Swansea; I think it’s a very good initiative by the club,” Llorente said.

As well as hot meals, The Wallich clients were treated to a club scarf as well as jumpers and jackets to have been donated by the Jack Army, the Swansea fans, since the campaign launched last month.

For more on the #GiveAJackAJacket campaign, including how to donate any unwanted clothing to the cause, click here.