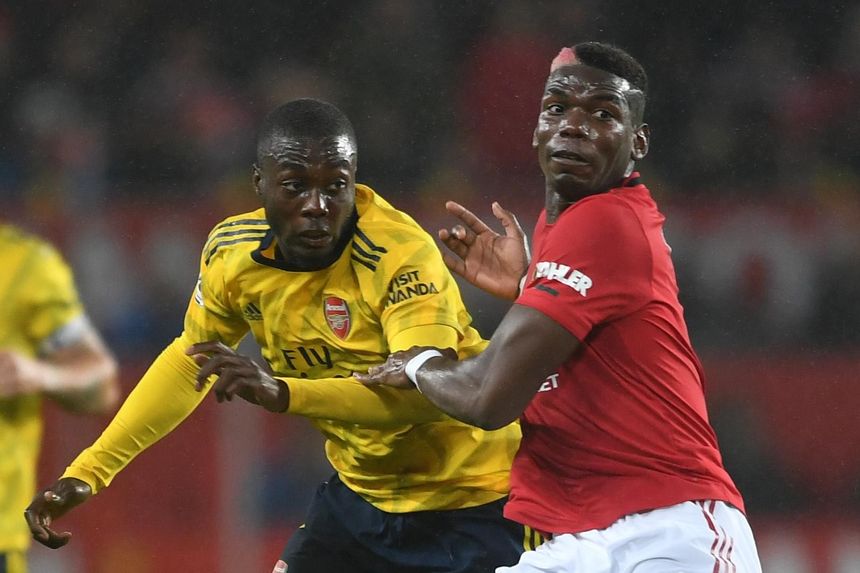 New head coach Mikel Arteta is targeting his first victory with Arsenal at the third attempt.

Manchester United are aiming for a third successive victory as they bid to close the four-point gap to fourth-placed Chelsea.

Arsenal defender Calum Chambers is doubtful after sustaining a knee injury against Chelsea, but Granit Xhaka hopes to have recovered from illness in time to play.

Paul Pogba expects to be in contention for Man Utd after Ole Gunnar Solskjaer confirmed the midfielder missed the win at Burnley to get some additional rest.

Scott McTominay (knee) remains sidelined but long-term absentees Eric Bailly, Tim Fosu-Mensah and Diogo Dalot all trained on Monday and are closing in on a first-team return.

Man Utd are aiming to secure a third straight Premier League victory for the first time since they won their first six matches under Ole Gunnar Solskjaer.

Marcus Rashford has been involved in 16 goals in 20 Premier League appearances this season, with 12 strikes and four assists, but he has failed to score in his last seven top-flight appearances against Arsenal.