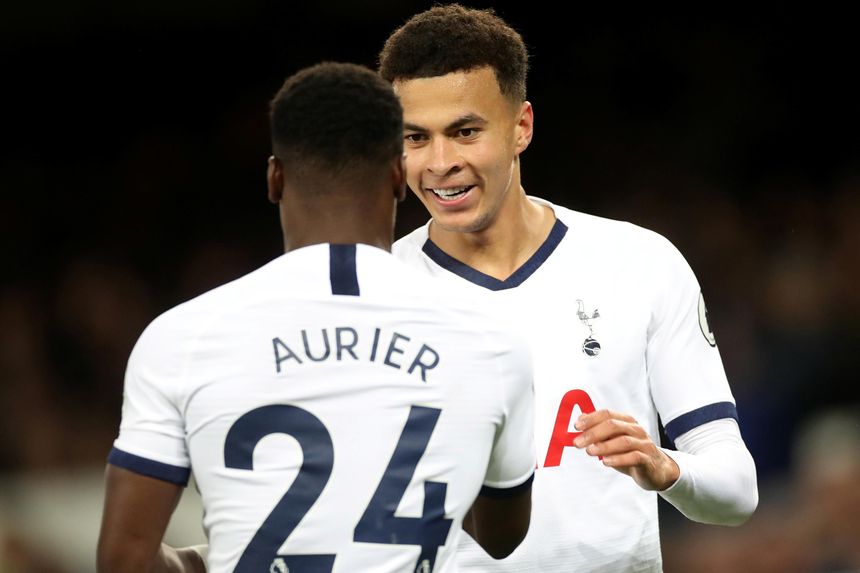 The Fantasy Premier League experts have used their two free transfers for Gameweek 18.

Having only made one transfer since Gameweek 14, the experts had two free trades to use.

Spurs enjoy a favourable schedule over the festive period, with three of their next four matches scoring two in the Fixture Difficulty Ratings (FDR).

Aurier has thrived under new head coach, Jose Mourinho, with one goal and three assists in his six matches across all competitions for the Portuguese.

The Ivory Coast international is also a good source of bonus points, collecting 10 in 12 appearances this season.

Clean sheets have been somewhat harder to come by with Spurs managing only two all season.

New signing Alli will not be daunted by the prospect of facing the Blues, having scored five goals in his last four Premier League meetings with the west London side.

He is in good form, with 40 points in five Gameweek appearances under Mourinho, convincing the experts to hand the midfielder the captain's armband on his first outing.

With Liverpool blanking due to their participation in the FIFA Club World Cup, the experts had two players without a fixture for this Gameweek.

Sadio Mane (£12.2m) has been benched while Alexander-Arnold has been sold, having managed only three clean sheets all season.

Tielemans departs following a run of five blanks since joining the experts' team and bearing in mind upcoming matches against Manchester City and Liverpool loom large.

The experts beat NuMBeR OnE FC in the first round of the cup and will now face Tortuga.

Ben McNair (@drbenmcnair): With Spurs' promising festive fixtures, plus a good record against upcoming opponents Chelsea, Alli and Aurier in makes perfect sense to me.

Tom (@WGTA_FPL): Alli looks a great replacement for Tielemans, playing in an advanced role for a confident Spurs side with excellent fixtures over the coming Gameweeks.

Holly Shand (@FFCommunity_): An out-of-form Tielemans simply had to go, with tougher fixtures on the horizon. A move up to a Spurs midfielder looks wise given their favourable run, with Alli offering the better value. Alexander-Arnold regretfully moves out to fund the move but Aurier is an enticing replacement given his attacking output.

Remember to select your Gameweek 18 team before Saturday's deadline of 11:30 GMT.