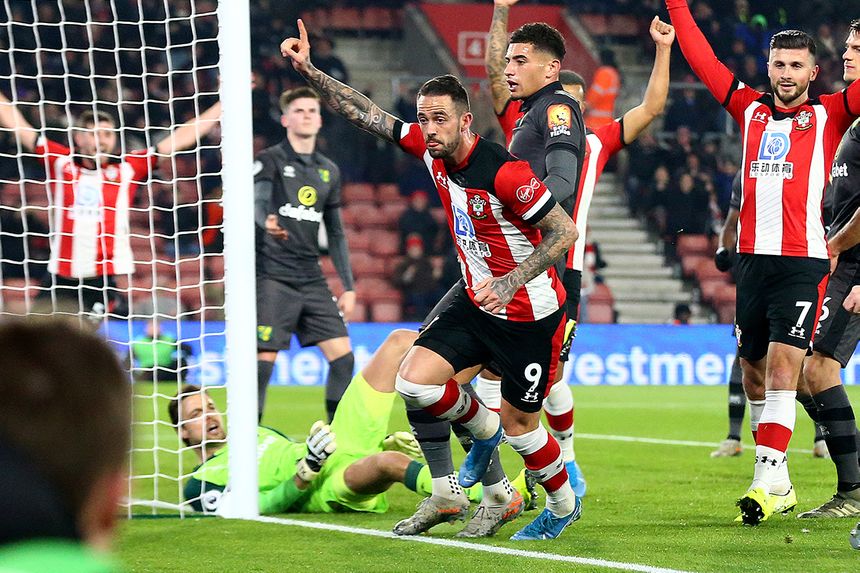 If he scores against Aston Villa on Saturday, Danny Ings will emulate a feat managed by only two other Southampton players at this stage of a Premier League season.

For more on this and all the must-know facts for Matchweek 18, read below. To see the reports and key data for the matches, click on the fixtures.

Arsenal have won more Premier League matches and scored more goals against Everton than against any other side in the competition, with 33 and 107 respectively.

AFC Bournemouth and Burnley have scored a joint league-high six goals from corners in the competition this term.

A goal would make Danny Ings the third Southampton player to reach double figures before Christmas in the Premier League, after Matthew Le Tissier in 1994/95 and James Beattie in 2002/03.

Sheffield United can become only the second promoted team in top-flight history to remain unbeaten in their first nine away matches of a season, after Burnley in 1947/48.

Roy Hodgson is unbeaten in his seven Premier League meetings with Steve Bruce, his longest undefeated record against another manager in the competition.

Wolverhampton Wanderers have scored in their last 16 matches, the second-longest current run in the competition after Liverpool, with 26.

Leicester City's Jamie Vardy has the most Premier League goals this season, with 16, while Manchester City’s Kevin De Bruyne has the most assists, with nine. They are the top two players for goal involvements, with 19 and 15 respectively.

Manchester United have won 11 of their 12 Premier League meetings with Watford, a ratio of 92 per cent. Of teams they have faced at least 10 times, they only have a higher win rate against Wigan Athletic, with 94 per cent.

Dele Alli has scored five goals in his last four Premier League meetings with Chelsea. Against no side has he scored more goals in the competition.