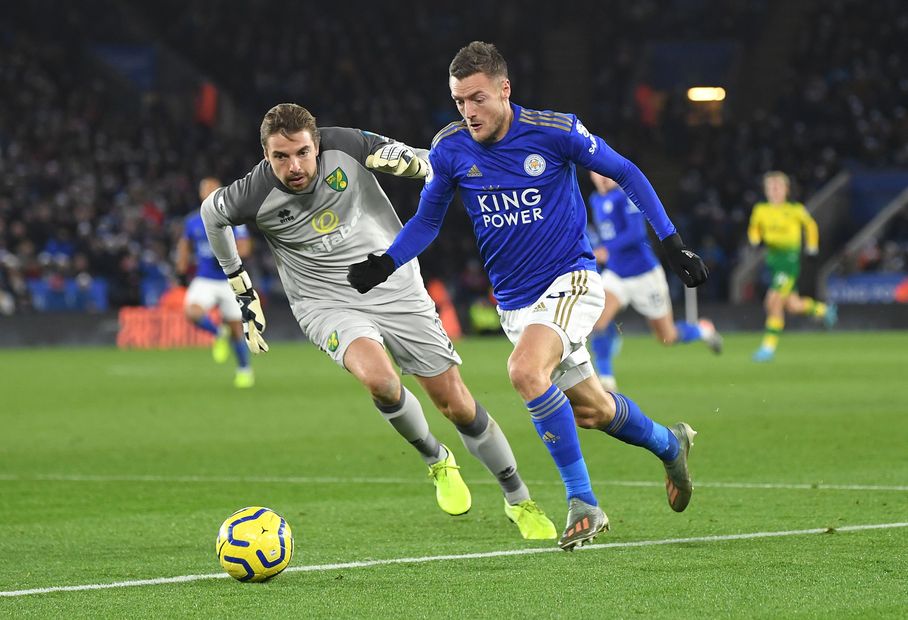 Leicester City's eight-match winning streak came to an end as they were held to a 1-1 draw by Norwich City.

Teemu Pukki put the Canaries in front with his ninth goal of the season after 26 minutes, latching on to Emiliano Buendia's pass to slot past Kasper Schmeichel.

Leicester equalised 12 minutes later, with Jamie Vardy's header from James Maddison's corner parried into his own net by Tim Krul.

The Norwich goalkeeper made up for this error with a stunning save to deny Vardy scoring in a ninth consecutive match.

Pukki had a chance for a late winner when put through but was denied by a last-ditch tackle as neither side could find a winner.

Second-placed Leicester are 10 points behind Liverpool. Norwich are 19th with 12.