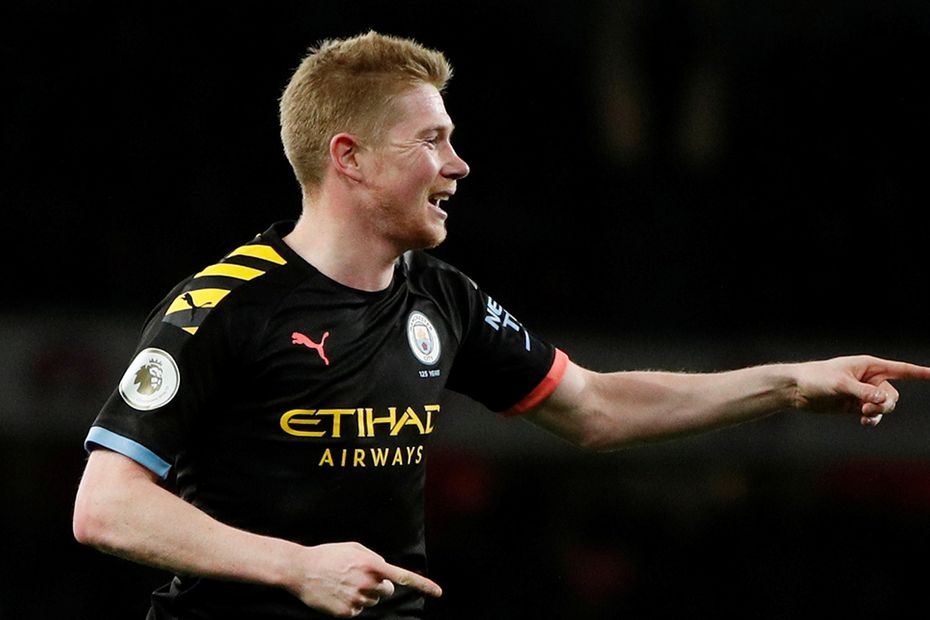 No Transfers For Taggart’s Foxes For Gameweek 17 External Link

For many Fantasy Premier League managers, Sunday's match between Arsenal and Manchester City would have been a painful experience.

Going into the weekend, Kevin De Bruyne (£10.2m) and Raheem Sterling (£11.8m) were two of the three most-sold players in the game.

A combined 504,000 managers parted company with the City midfielders, who duly went on to rack up the points at Emirates Stadium.

De Bruyne's two goals and an assist gave him a Gameweek-leading 19 points, while Sterling claimed 10 points.

For the second time this season Jamie Vardy (£10.1m) was captained by over two million people but this time managers were left frustrated.

No other player has breached that mark but Vardy has done so twice as 2,155,000 FPL managers backed him against Norwich City.

It beat the 2,014,000 who gave him the armband for his goal and five points against Watford in Gameweek 15.

But those managers will be cursing the Leicester City forward's failure to score for the first time in nine matches as he managed just five points after claiming an assist in the 1-1 draw.

Mane was backed by nearly a third more than Salah but it was the latter who achieved the bigger score in Saturday's early kick-off.

Salah scored both of Liverpool's goals in the win over Watford, while Mane got just a single assist.

The trio's popularity was shared by the top 100 FPL managers.

Vardy was chosen by 74 of this elite group, with Mane second on 16. Sharing third spot with Salah on four was Tammy Abraham (£8.0m).

But the Chelsea forward blanked for a second successive match as Frank Lampard's side suffered a surprise 1-0 home defeat by AFC Bournemouth.

However, his recent fine form did not continue in Sunday's home meeting with Everton as he collected only two points.

In second place was Son Heung-min (£10.0m), who could not add to his recent goal tally at Wolverhampton Wanderers as he also claimed two points.