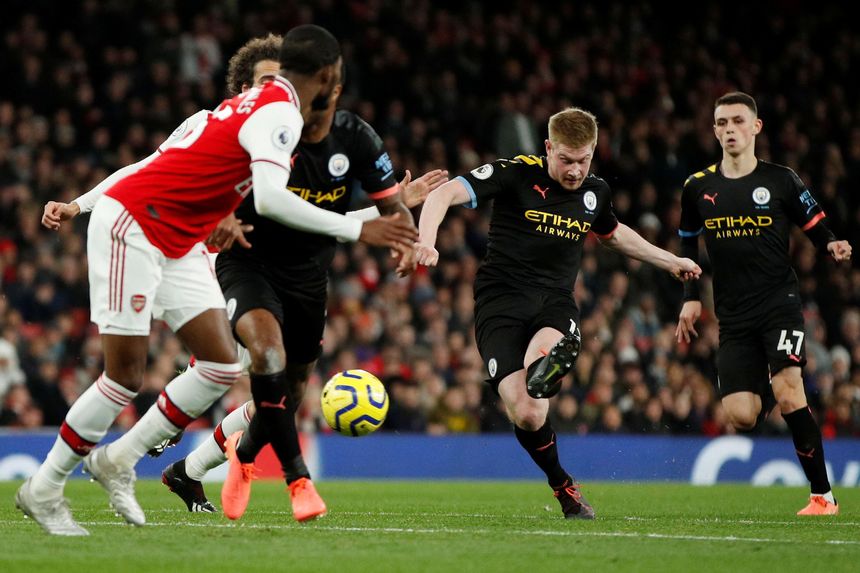 Kevin De Bruyne scored two spectacular goals and set up another to inspire a 3-0 victory for Manchester City at Arsenal.

The Belgian started his masterclass with a wonderful first-time finish into the roof of the net from Gabriel Jesus' cutback in the second minute.

Man City doubled their advantage 13 minutes later, with De Bruyne squaring for Raheem Sterling to tap into an empty net.

De Bruyne scored his second five minutes before half-time, curling a low shot into the bottom-left corner from just outside the penalty area.

Then he was denied a first Premier League hat-trick by a terrific Bernd Leno save from his long-range shot.