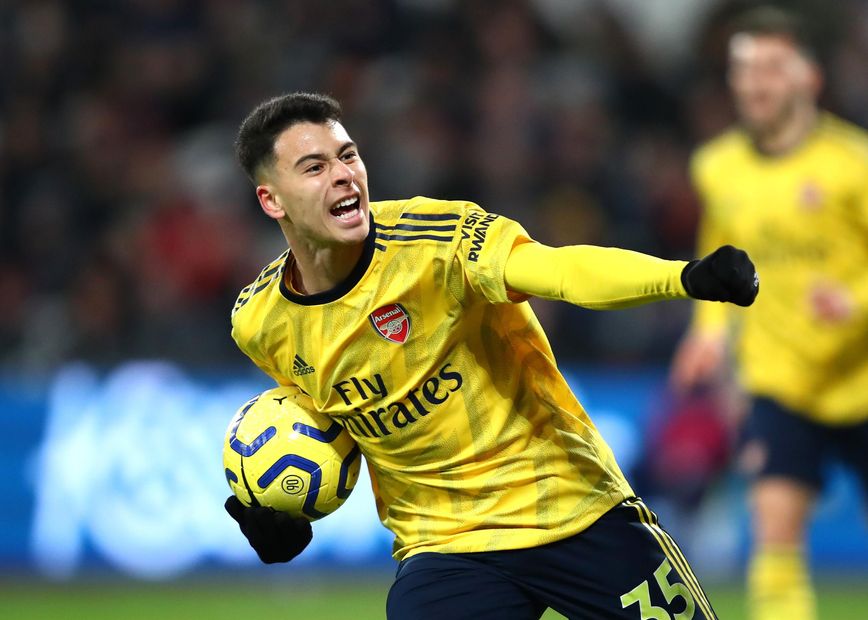 18-year-old Brazilian forward is youngest to score for club in Premier League on his first start, plus the rest of the key stats from Matchweek 16

'Martinelli has no fear... he goes and he goes' External Link
Best photos of Matchweek 16
Owen: Leicester are ruthless in front of goal

For more on this and all the must-know facts for Matchweek 16, read on. To see the reports and key data for the matches, click on the fixtures.

In their 3-1 defeat to Duncan Ferguson's Everton, Chelsea lost to a manager in his debut Premier League match for the first time in the competition.

Mohamed Salah has seven Premier League goals versus AFC Bournemouth, more than any against other opponent, scoring in all five of his meetings with the Cherries in the competition.

Son Heung-min has been directly involved in 15 goals, with nine goals and six assists, in his 15 appearances at Tottenham Hotspur Stadium in all competitions, more than any other player.

Crystal Palace have kept three consecutive clean sheets in the Premier League for the first time since March 2017.

Marcus Rashford has been directly involved in 15 goals in his last 14 matches in all competitions for Manhester United and England, scoring 13 and assisting two.

Jamie Vardy became the second player to have scored in eight consecutive Premier League appearances on more than one occasion, along with Ruud van Nistelrooy, who did so twice, in 2002 and 2003.

Jonjo Shelvey has scored in each of his last three league matches and has netted six goals in his last 12 appearances. His previous six PL goals were spread across 116 matches.

Sheffield United are the first promoted side to remain unbeaten in their opening eight away Premier League matches since Blackburn Rovers in 1992/93.

Diogo Jota and Raul Jimenez have now combined for nine Premier League goals. They have surpassed Steven Fletcher and Matt Jarvis (eight) for the most goal combinations for Wolverhampton Wanderers in the competition.

At 18 years and 174 days old, Gabriel Martinelli is the youngest player to score for Arsenal on his first Premier League start. He has also become the club's fourth-youngest scorer in the competition after Cesc Fabregas, Serge Gnabry and Alex Oxlade-Chamberlain.