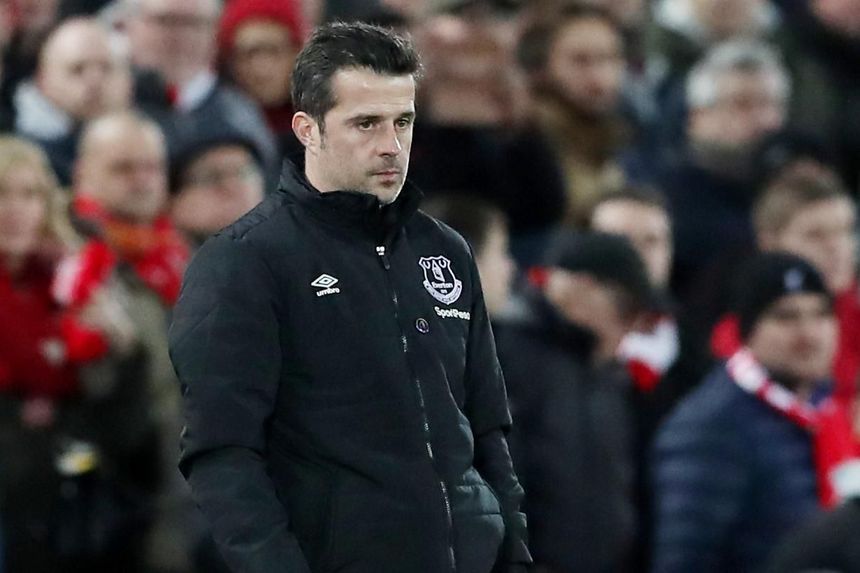 Everton have announced the departure of manager Marco Silva.

The announcement comes a day after Everton lost 5-2 to Merseyside rivals Liverpool, a result that leaves the club in the bottom three with four Premier League wins from their 15 matches so far.

"Majority Shareholder Farhad Moshiri, Chairman Bill Kenwright and the Board of Directors would like to thank Marco for his service over the last 18 months and wish him well for the future," read a statement on the club's official website.

Silva was hired in June 2018 and led Everton to an eighth-placed finish last season.

He oversaw a total of 53 Premier League matches with the Toffees, earning 19 wins, 11 draws and 23 defeats.

Former striker Duncan Ferguson has taken temporary charge of the first team and will manage the side for the fixture against Chelsea on Saturday.