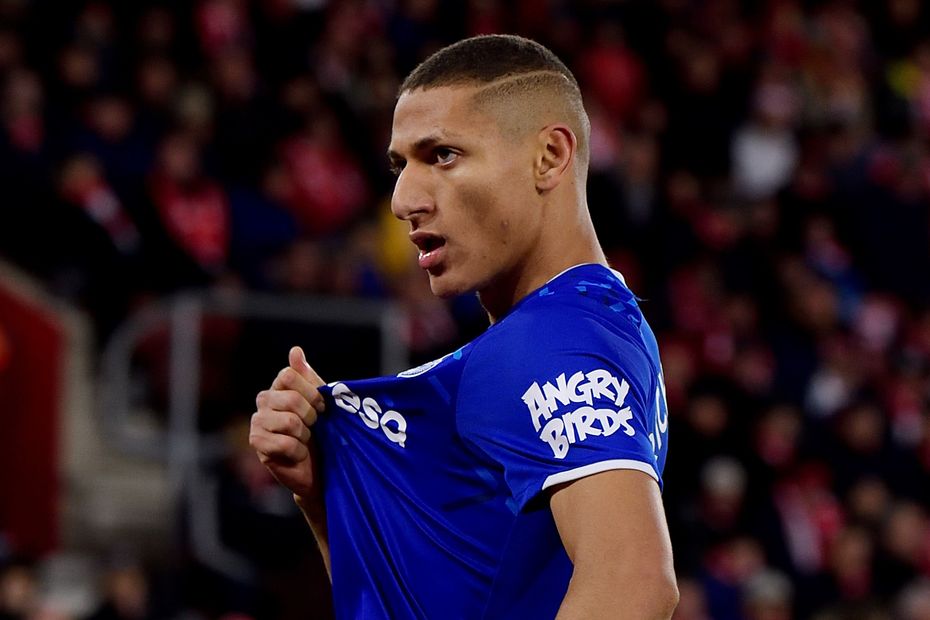 Everton attacker among The Scout’s five Ones to watch for Gameweek 16 ahead of Saturday’s 11:30 GMT deadline

With his midweek header against Liverpool, Richarlison (£7.8m) scored his third goal in the last four Gameweeks in Fantasy Premier League.

The Everton midfielder has also found the net against Southampton and Leicester City in that period, totalling 26 FPL points.

Yet he is owned by a modest 6.4 per cent of managers for his home match against Chelsea.

Richarlison is among The Scout's five Ones to watch ahead of Saturday's 11:30 GMT deadline.

The Brazilian will look to take advantage of a Chelsea side who have struggled defensively on the road.

The Blues visit Merseyside without a clean sheet in their seven away matches, having conceded 14 goals on their travels.

At home, his 19 shots and 17 shots in the box are both more than any team-mate.

The Liverpool forward looks set to start at AFC Bournemouth after being named among the substitutes against Everton in midweek.

Firmino has been far more productive away from Anfield this season, scoring all four of his goals on the road.

Away from home his 19 shots, 16 shots inside the penalty area and nine shots on target are all team-leading totals for the Reds.

The Tottenham Hotspur striker has scored three goals in his first four matches in all competitions under new head coach Jose Mourinho.

Kane also has a fine record against his weekend visitors Burnley. He has four goals and an assist in their last three meetings.

After losing to Manchester United in midweek, Spurs will look to bounce back against a Clarets side who have a poor defensive record on their travels.

Burnley have managed just one clean sheet away from home this season, with that coming against bottom-of-the-table Watford.

Snodgrass has picked up 22 points in West Ham United's last three outings at the London Stadium.

He scored against Sheffield United and Newcastle United and also supplied an assist against Spurs.

The Scot is expected to recover from a minor knock to face a Gunners defence that has been porous on the road.

Arsenal have conceded 10 goals in their last four away matches in all competitions.

The Eagles visit Vicarage Road on the back of successive wins over Burnley and AFC Bournemouth.

Ayew is Palace's top scorer on the road, netting three of his four goals for the season away from Selhurst Park.

His eight shots in the box and five shots on target on the road are both team-leading totals for Roy Hodgson's men.

Remember to select your Gameweek 16 team before the deadline of 11:30 GMT on Saturday 7 December.