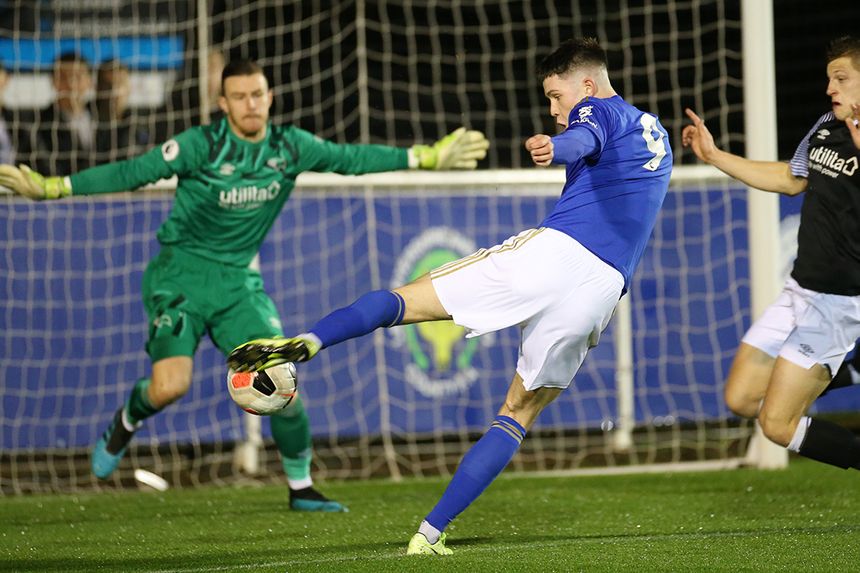 Foxes beat Derby County convincingly for fourth Division 1 victory in a row, in one of four PL2 matches on Monday

Leicester went ahead on nine minutes at Holmes Park when George Hirst finished from close range, before Josh Felix-Eppiah made it 2-0.

A brilliant strike from Admiral Muskwe just before the half-hour put the Foxes 3-0 up, but Derby pulled a goal back on 38 minutes through Jahmal Hector-Ingram.

The home side restored their three-goal advantage four minutes before half-time when captain George Thomas found the net.

It is the sixth successive win across all competitions for the Foxes' Under-23 side, who stay fourth in Division 1 on 19 points.

Derby are two places and two points above Leicester and missed the chance to leapfrog leaders Chelsea.

West Bromwich Albion moved up to third place in PL2 Division 2 and extended their unbeaten run to five matches with a 4-1 victory over Middlesbrough.

Newcastle United twice came from behind to beat Stoke City 4-2.

Tre Pemberton and William Forrester struck either side of Adam Wilson's goal to put Stoke 2-1 ahead, but Elliot Anderson, Tom Allan and Rosaire Longelo gave Newcastle the victory.

A stoppage-time goal by Adam Idah earned Norwich City only their second win of the Division 2 season as they edged past Reading 1-0.