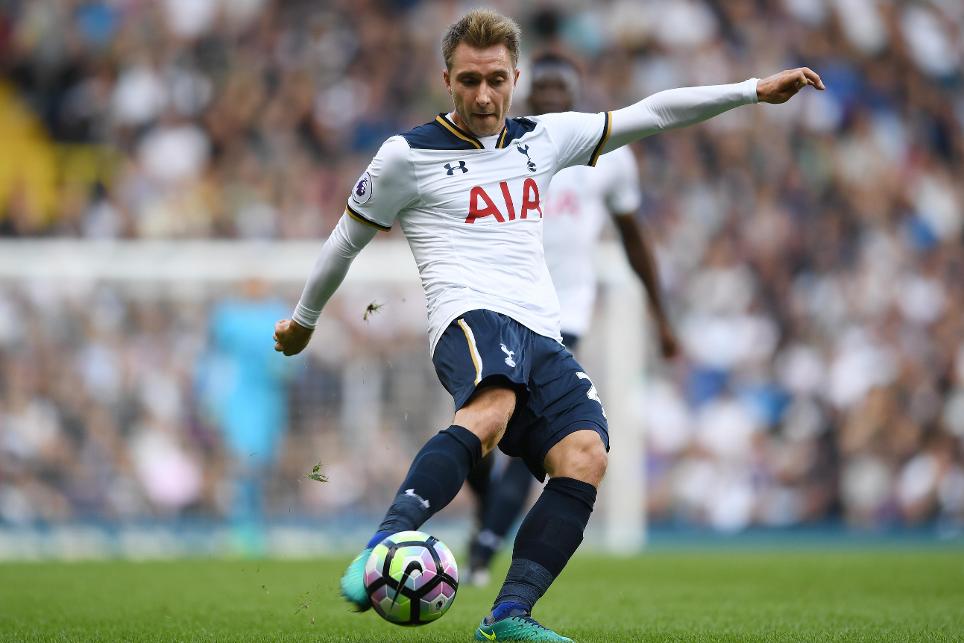 Dane has fired more shots than any FPL midfielder since GW8 and sits in only 5.2% of squads

Having scored his first goal of the season in Saturday’s 2-1 loss at Stamford Bridge, Christian Eriksen (£8.1m) could finally be set to shine as an FPL prospect ahead of Swansea City’s visit to White Hart Lane.

Although the Dane had failed to score in 2016/17 until Gameweek 13, he has boasted a considerable goal threat, particularly over his last six appearances.

From Gameweek 8 onwards Eriksen has produced 24 attempts on goal – more than any other Fantasy Premier League midfielder.

The Tottenham Hotspur playmaker has fired eight shots on target during that period – a tally bettered only by Gylfi Sigurdsson (£7.3m), Roberto Firmino (£8.8m) and Eden Hazard (£10.3m) of all midfielders.

Eriksen’s total of 13 key passes is identical to Firmino and only one less than Hazard in the last six Gameweeks, emphasising his impressive underlying statistics when compared with two of the most popular current FPL picks.

When assessed against his displays over the opening seven Gameweeks, there has been a definite upturn in Eriksen's displays.

As a result, Eriksen’s ICT Index score-per-match has risen from 7.9 to 9.2 over his last six fixtures.

With an ankle injury to Liverpool’s Philippe Coutinho (£8.5m) sending the FPL transfer market into overdrive, the Spurs midfielder could prove an inspired replacement.

This weekend’s visitors Swansea City have been far from resilient of late, conceding at least three times in four of Bob Bradley's six matches as manager.

But with home encounters against Hull City and Burnley in the next four Gameweeks, the Dane could prove an ideal festive gift for those FPL managers in search of an effective differential.