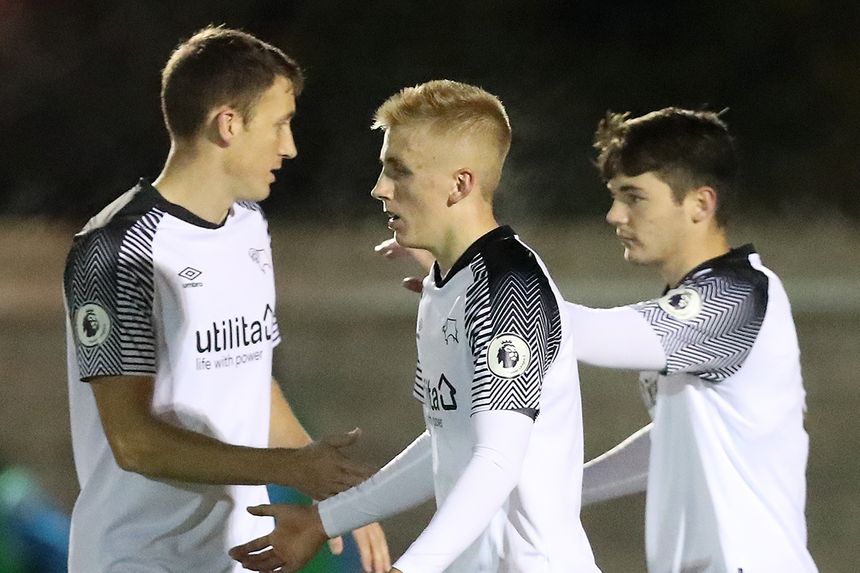 Hector-Ingram: I've never won anything like this before
Brewster inspires comeback win for Liverpool
Hector-Ingram named PL2 Player of the Month for October 2019

Louie Sibley scored his first hat-trick at Under-23 level as Derby County beat Leeds United 7-1 in Group H of the Premier League Cup.

Mason Bennett made it 3-0 for the home side before October's Premier League 2 Player of the Month Jahmal Hector-Ingram extended their lead with less than half an hour gone.

Max Bird netted a fifth goal after the break, before Sibley completed his hat-trick with a penalty that he won himself. Hector-Ingram added Derby's seventh late on.

Josh Galloway grabbed a late consolation goal but the second-placed Rams secured their first points in Group H, while Leeds are bottom with one point from two matches.

Doncaster Rovers maintained their perfect start to the Premier League Cup campaign, winning 1-0 at Aston Villa despite playing more than half the match with 10 men.

AJ Greaves was dismissed in the first half, while Villa were also awarded a penalty in an eventful opening 45 minutes.

But the hosts' spot-kick hit the post and instead it was Doncaster who came out on top thanks to Max Watters' second-half goal.

Huddersfield Town moved up to second behind Liverpool after drawing 1-1 with Wigan Athletic.

Ollie Crankshaw scored the opener for a young Wigan side that included 15-year-old debutant Alfie Devine, before Scott High's 14th-minute leveller for the Terriers.