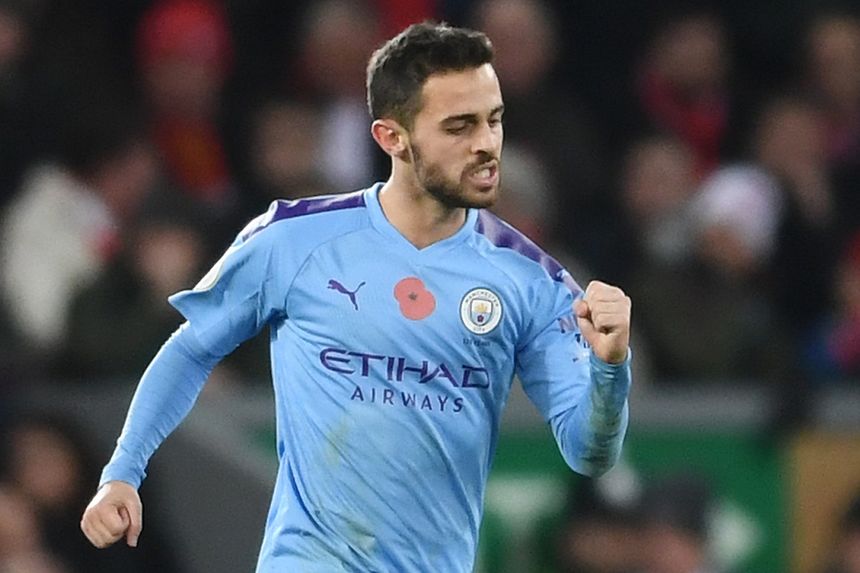 A strong all-round display against Liverpool secured a spot for Bernardo Silva (£7.9m) in the Gameweek 12 Dream Team in Fantasy Premier League.

These are all factors that are looked upon favourably by the Bonus Points System (BPS), which decides the bonus points in any match.

As a result, Bernardo was awarded the maximum three bonus against the Reds.

He takes his place in a Dream Team that scored 115 points, the lowest of the season so far.

The Burnley goalkeeper's four saves at home against West Ham United earned him a place in the 2019/20 Dream Team for the first time.

The centre-back had an impact at both ends of the pitch against the Hammers. Tarkowski combined an assist with a clean sheet and three bonus points in the 3-0 win.

The Newcastle United defender scored for the second successive Gameweek in a 2-1 home win over AFC Bournemouth.

Owned by just 5.4 per cent of FPL managers, the Wolverhampton Wanderers midfielder proved an effective differential by scoring the opener in a 2-1 home win over Aston Villa.

The Everton midfielder turned in an all-action display against Southampton. Davies netted his first goal of 2019/20 while also making seven recoveries in their 2-1 victory at St Mary’s Stadium.

AFC Bournemouth’s midfielder struck his fourth goal of the season against Newcastle. His double-digit return helped him secure his first Dream Team appearance of the season.

The Frenchman delivered his season-high haul in Manchester United's 3-1 win over Brighton & Hove Albion, rewarding his 8.3 per cent ownership with two assists against the Seagulls.

Bernardo has scored five goals this season, just two fewer than his total in 2018/19.

His goal and assist made the difference in Watford's 2-0 triumph at Norwich City. Deulofeu has scored in back-to-back Gameweeks, earning 19 points.

The Leicester City striker earned a spot in the Dream Team for the fourth time this term thanks to his goal and assist against Arsenal. Vardy is the most-bought player for Gameweek 13, earning over 214,000 new owners.