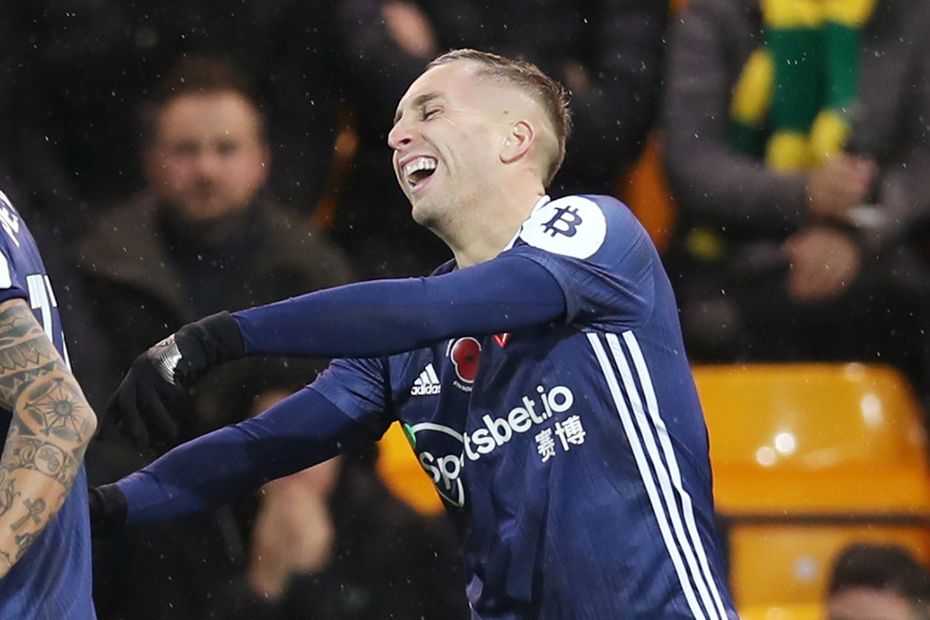 Deulofeu: “We Have To Continue This” External Link
GW12 stats: Faith in Abraham and Pulisic rewarded
GW12 bonus points: Jimenez gets top score

A goal and an assist away to Norwich City helped Gerard Deulofeu (£6.1m) to his season-high haul in Fantasy Premier League.

The Watford forward claimed 12 points in a 2-0 win at Carrow Road on Friday evening.

Having also scored against Chelsea in Gameweek 11, Deulofeu has produced exactly half of his 38 points for the season in his last two matches.

Vardy on a roll

Vardy retained his spot as the leading points scorer in FPL, thanks to a goal and assist in Leicester City's 2-0 win over Arsenal.

He has found the net in four successive Gameweeks, totalling six goals and two assists in that period And the Foxes' upcoming schedule suggests he can extend that run of returns.

According to the Fixture Difficulty Ratings (FDR), each of their next five opponents score only two.

Tarkowski, meanwhile, combined an assist with a clean sheet and three bonus points in Burnley’s 3-0 victory over West Ham United.

The Clarets now have four clean sheets at home, more than any other side.

Newcastle United's centre-back scored for the second successive Gameweek, earning a 10-point haul in their 2-1 win over AFC Bournemouth.

The Cherries' Harry Wilson (£6.0m) was among three midfielders to record a double-digit haul over the first two days of Gameweek 12.

The Welshman scored the opener in their 2-1 loss at St James' Park, his fourth strike of the season.

They scored a goal apiece in Everton's 2-1 triumph at Southampton on Saturday afternoon.

Indeed, Richarlison's consistency is on the rise ahead of a home clash with Norwich.

He has produced attacking returns in three of the last four Gameweeks.

Christian Pulisic (£7.4m) also extended his run of points with a goal in Chelsea's win over Crystal Palace.

The US international was the most-bought player in Gameweek 12, earning over 425,000 new owners for the Stamford Bridge encounter.

Pulisic has scored all five of his goals for the season in the Blues' last three matches.