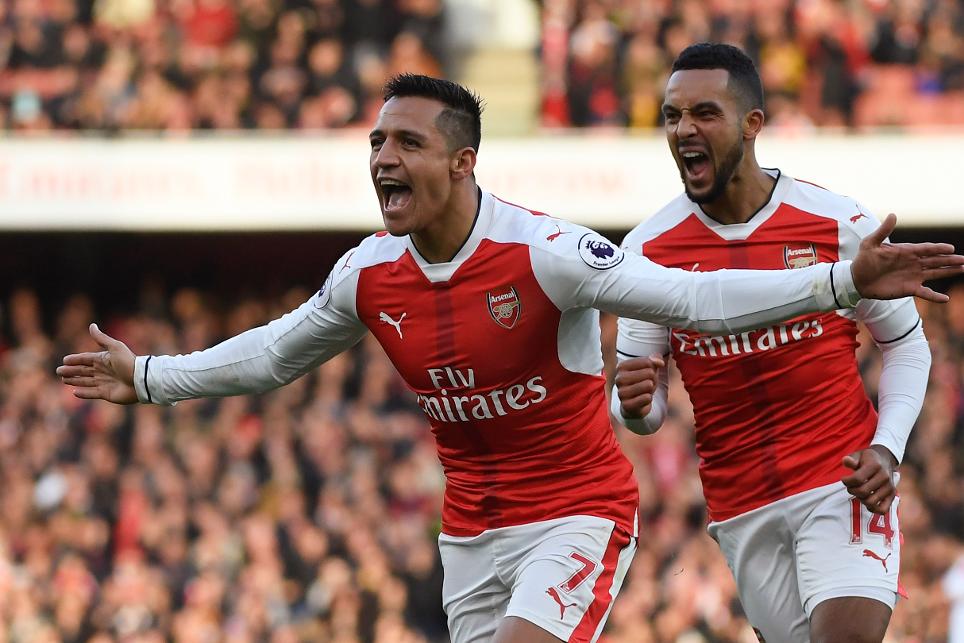 Midfielder only one point shy of FPL's leading scorer, but is Theo Walcott a better option than both?

'Now I go home to my dogs happy!' External Link

A goal in either half for Alexis Sanchez (£11.3m) rewarded the Chilean with maximum Fantasy Premier League bonus points in Arsenal’s 3-1 win over AFC Bournemouth.

A combative midfield display from Granit Xhaka (£5.2m) helped the Switzerland international to the final bonus point with a BPS total of 28.

In addition to his 90% pass completion, Xhaka made 14 recoveries and won seven tackles - a Gameweek high.

Sanchez topped the ICT Index at Emirates Stadium, with his score of 24.1 the highest total of any player in Gameweek 13.

He registered both the highest Threat score (94) and Creativity tally (67) in the match, after totalling four shots from inside the box and also creating five chances for team-mates.

The Chilean produced more touches inside the penalty area (15) than any other player - a total second only to Manchester United's Zlatan Ibrahimovic (£11.1m), who managed 19 in the Gameweek.

Sanchez beat Walcott’s Index total of 9.1, with the latter mustering only a single shot on goal and three touches in the box.

After blanking in his previous two outings and with only a single Premier League goal at home, Sanchez returned to form with a 14-point haul.

Despite the recent form of Olivier Giroud (£8.9m), Arsene Wenger once again opted for Sanchez as the central striker.

Given Sunday's display, and with Giroud struggling with a hamstring problem sustained in his 15-minute appearance from the bench, Sanchez looks assured of the striker's role at West Ham United in Gameweek 14.

He is now the joint-second highest scorer in FPL with 87 points, one behind Chelsea’s Eden Hazard (£10.2m).

Despite that, Sanchez is part of a relatively modest 22.3% of FPL squads, with his price tag proving the major obstacle.

Walcott is now averaging 5.9 points-per-game compared with Sanchez’s 6.7, and the £3.5m saving offered by the former could prove to be a key factor when choosing between the Arsenal pair.

Elsewhere for the Gunners, Mathieu Debuchy (£4.7m) earned a recall at the expense of Carl Jenkinson (£5.0m) who was omitted from the squad. However, the Frenchman sustained a hamstring injury in Sunday's win and is considered a major doubt for Gameweek 14.

As for AFC Bournemouth, manager Eddie Howe handed starts to Brad Smith (£4.0m) and Adam Smith (£4.8m), who returned from suspension to play in midfield, in the absence of the injured Charlie Daniels (£5.1m) and Jack Wilshere (£5.9m).

Wilshere was ineligible to play against his parent club but will be available for the Gameweek 14 visit of Liverpool.