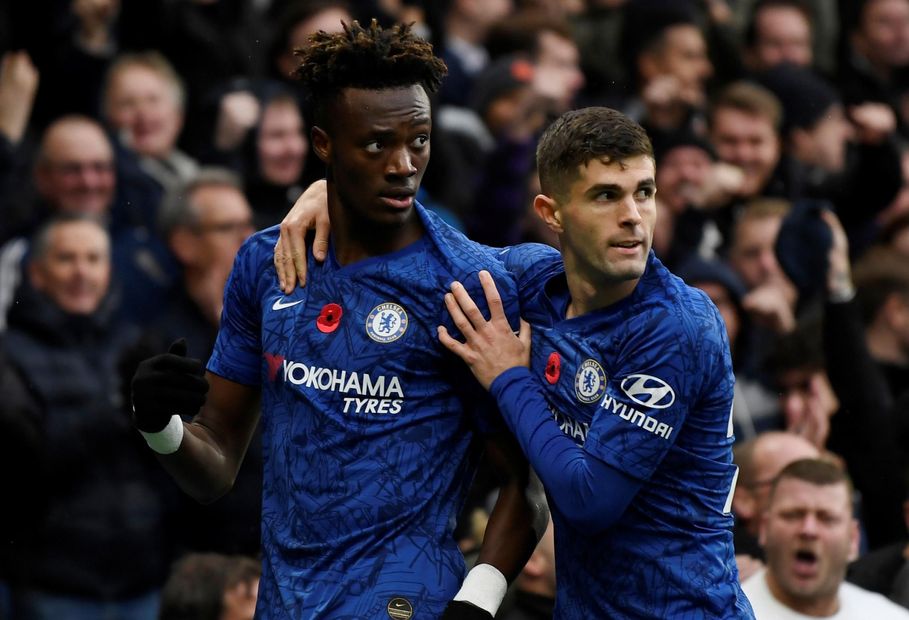 More than one million managers were rewarded in handing Tammy Abraham (£7.9m) the armband for Gameweek 12 as the most popular captain choice in Fantasy Premier League delivered a return with a goal.

It was the first time this season the top captain pick did not play for Liverpool or Manchester City and Abraham delivered for Chelsea against Crystal Palace with the opening goal.

Leading FPL points scorer, Vardy, was the favoured captain among the top 100 managers.

The Leicester City forward continued his scintillating form with his eighth goal in his last six matches as well as providing an assist.

The Senegalese has returned 32 points across his last three home appearances and an injury to Man City goalkeeper Ederson (£6.1m) only increases his appeal ahead of Sunday's meeting of the top two teams.

Christian Pulisic (£7.4m) was the most transferred-in player ahead of the Gameweek 12 deadline, with more than 425,000 adding him to their squads and seeing an instant return with the American scoring his fifth goal in three matches.

Meanwhile 374,000+ people acquired Vardy this week, making him the second most-bought player. They were rewarded with a 12-point haul from the Leicester forward.

And John Lundstram (£4.8m) gained 304,000 new owners to complete the top three. The Sheffield United defender is by far the most valuable player in FPL, averaging 14.6 points per million. On this occasion, though, he was unable to achieve a return in the 1-1 at Tottenham Hotspur.

An injury to David Silva (£7.6m) coupled with Man City's trip to Liverpool has resulted in more than 319,000 managers parting company with the Spaniard. He is the most-sold player this Gameweek.

Next on the list is Mason Mount (£6.8m) with 283,000+ getting rid of the Chelsea midfielder. Concerns over his fitness and a disappointing one-point return against Watford in Gameweek 11 were the main factors behind his sales and those who sold were not punished as the youngster could bring only a clean sheet.

Teemu Pukki (£6.8m) once again finds himself in the top three most transferred-out players. And a seventh blank in a row, as Norwich City lost 2-0 at home to Watford on Friday, justified the decision of the 248,000+ FPL managers who let go of the Finn.